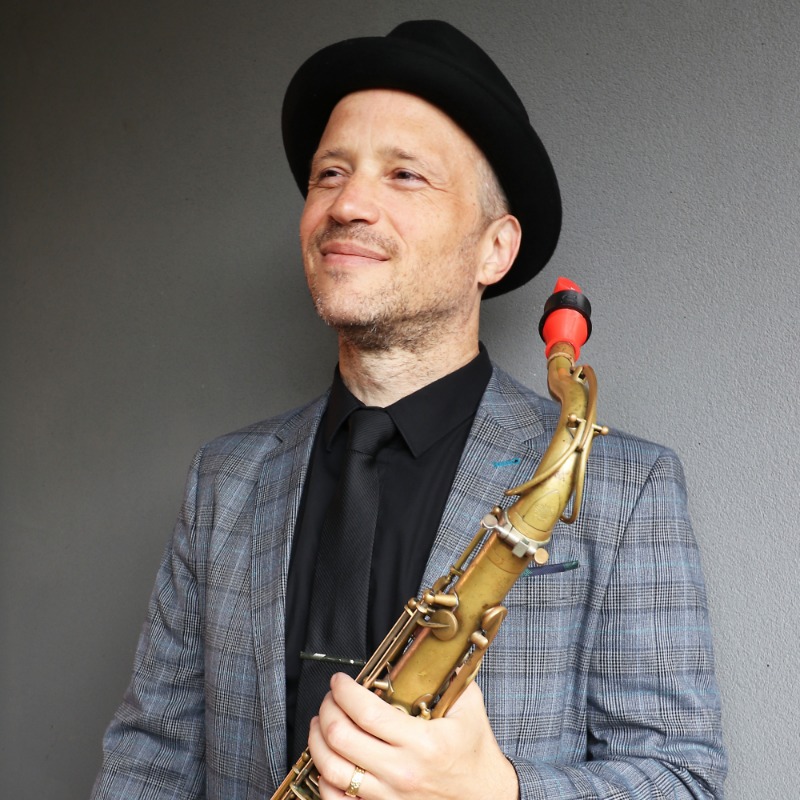 Playing a Syos mouthpiece has changed everything for me! It has given me what I’ve been searching for in a mouthpiece for years. Flexibility of tone throughout the entire range, from the quietest sub-tone to powerful altissimo and everything in-between. The ease of playing has been amazing too and doesn’t come with any sacrifice in tone.

Anton grew up in an artistic family and was exposed to a wide variety of music as a child with early influences including Ravi Shankar and Louis Armstrong from his father’s record collection, Led Zeppelin and 70s pop from his brother’s collection and the classical cello and piano practice of his sister, all of which have contributed to his music today.

He has performed with artists such as American jazz legends Arthur Blythe, Odean Pope, Wycliffe Gordon and recently with funk legend Maceo Parker at the Melbourne International Jazz Festival. He performed and recorded for thirteen years with internationally acclaimed band The Bamboos, recording nine albums and many spin-off projects. He toured extensively with the band, completing three European tours including performances in Japan and New Zealand, playing at major festivals and venues.

He is an in-demand sideman and has lead his own groups for several years, performing regularly at jazz festivals and clubs throughout Australia and more recently New York. He has four albums out on the label Jazzhead Records and his album The Healer won Best Jazz Album in The Age Music Victoria Awards 2014.

Anton has recently returned to Melbourne, Australia after living in New York for two and a half years where he completed a Masters in Music in Jazz Studies at the Aaron Copland School of Music at Queens College. He has just recorded a new album in New York featuring the stellar rhythm section of Caili O’Doherty – piano, Cory Cox – drums and Matt Clohesy – acoustic bass and alto sax prodigy Immanuel Wilkins on three tracks. Soon to be released!