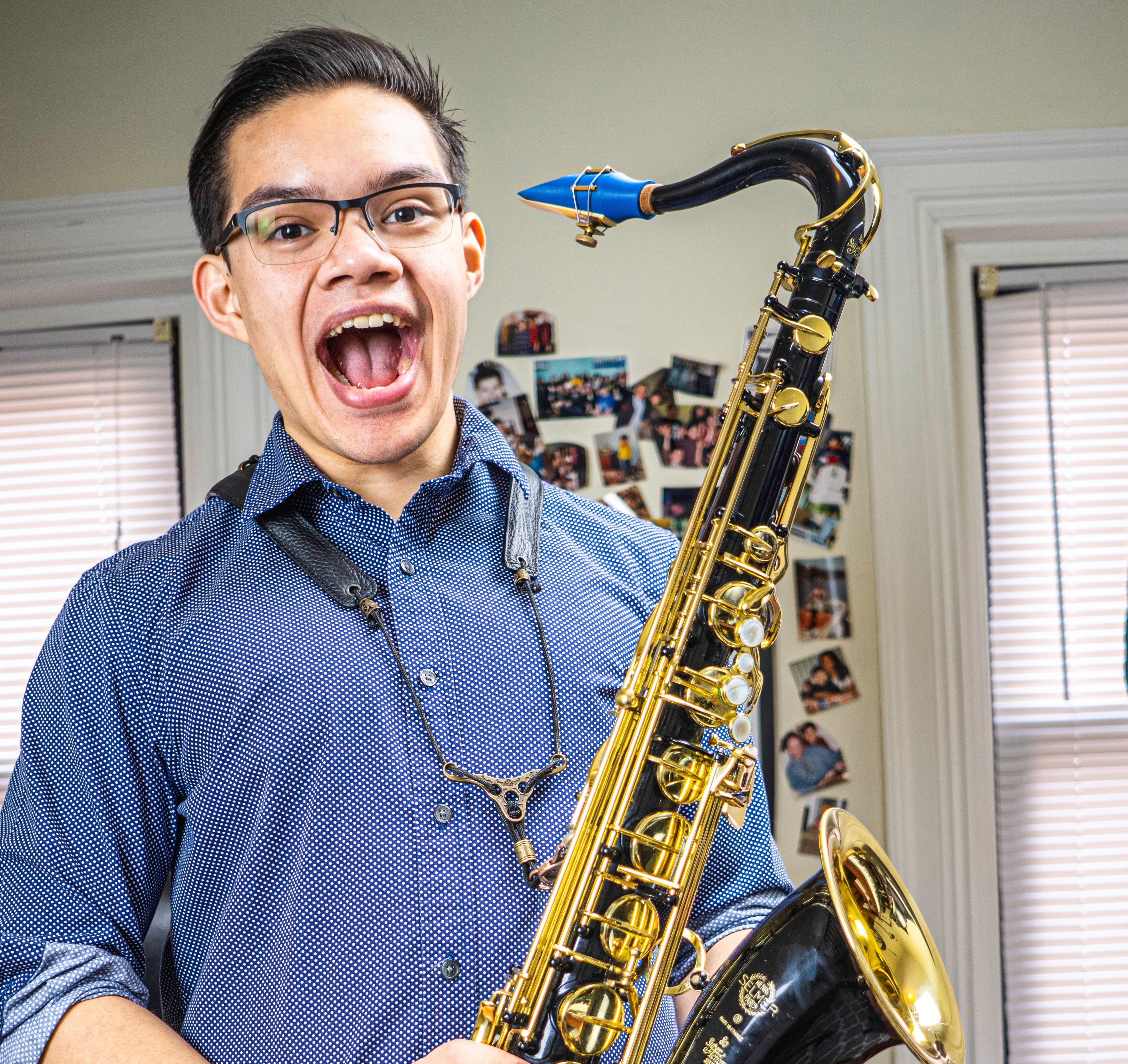 My SYOS mouthpiece gives me the most versatility and ease of playing of any mouthpiece I've ever played. I can access soft, warm, breathy tones and red-hot laser fusion jazz shred tones all on the same mouthpiece. Seriously, this thing does everything!

Carlos Eiene (insaneintherainmusic) is an American / Filipino multi-instrumentalist and YouTuber.

Carlos arranges, performs, and produces jazz arrangements of video game music, usually playing multiple instruments in each video, and posts them on his YouTube channel “insaneintherainmusic”.

Primarily a saxophonist, Carlos is best known for his 2016 release “Live at Grillby’s”, his jazz arrangement album of music from the video game UNDERTALE, but also regularly posts arrangements from game series such as Mario, Pokémon, Sonic, and Zelda.