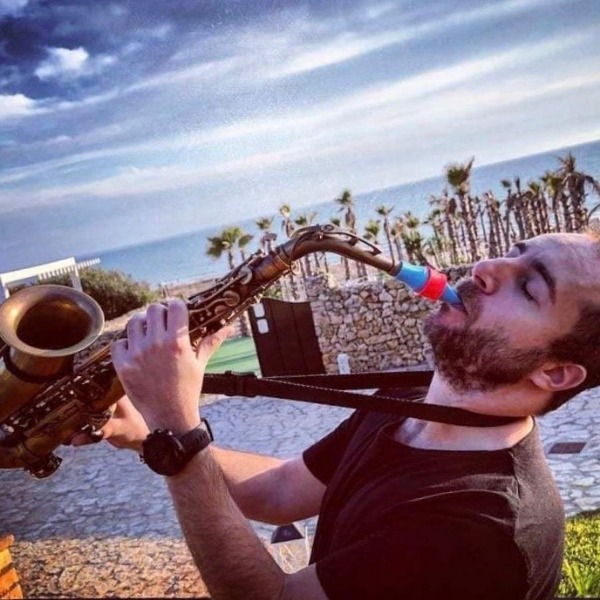 For a long time I have been looking for a sound and power typical of metal mouthpieces, but with an easy emission in the whole range of notes and an excellent intonation. Syos realized my wish!

Ciro Pusateri is an italian sax player. He plays alto, tenor and soprano saxophone. Born and classically trained in Italy, Ciro starts devoting himself to the world of jazz in his early life, perfecting his classic and jazz style by studying with Fabrice Moretti, Ernie Watts, and Dave Liebman.

His career starts rolling after moving to London. His versatility makes him a sought after session player in the international music scene, both live and in studio, collaborating with the likes of Michael Baker, Gordon Metz and Anry Robinson.

In 2009, after meeting Rodrigo Phalen, he starts an intense concert season at the Blue Note of Dublin, as a sideman for world- known musicians like Leburn Maddox. In 2014 he joins the SWINGROWERS as a sax player and composer, signing a contract with Fresly Squeezed Records and scoring multi-million views on the band's YouTube music videos.

In the later years Ciro has been intensively touring with the band in Europe, Usa, Canada, Asia ( performing at Blue Note Tokyo), and the rest of the world, working together with labels such as Island Records,''Sony'' and Universal. In 2018 he made his solo album entitled On My Skin which is currently playing around Europe.