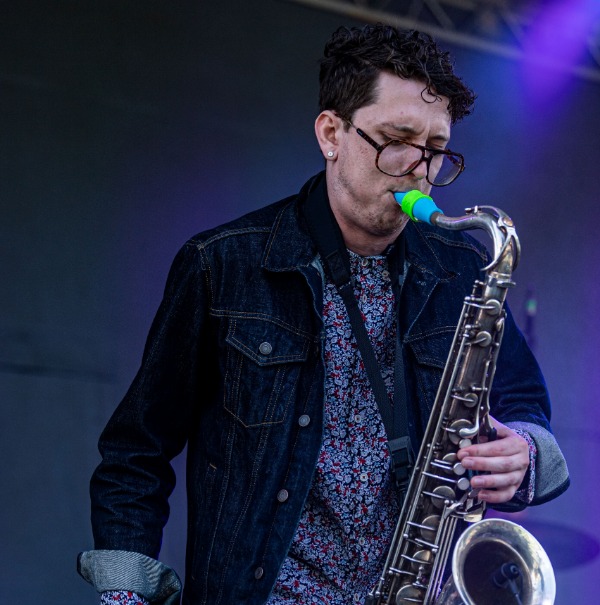 Since I started playing SYOS, I’ve been able to express myself more concisely. Dynamic range is much more flexible and the intonation is fantastic. I got the warm, dark sound I was looking for without sacrificing volume or tone.

Connor Newton is a session saxophonist, arranger, composer and producer who, after many years jamming and studying across Canada, has returned to the city of his birth, Saskatoon, Saskatchewan. He is currently touring North America with Bombargo, a seven-piece funk pop band from the Canadian prairies, and his solo on their recent single, “Oxygen,” is helping to propel it up the Billboard Top 50 chart in Canada.

Connor studied saxophone performance at Grant MacEwan University in Edmonoton, Alberta, before heading to the University of Toronto to work with one of Canada’s best-known jazz artists, Mike Murley. He has recorded and performed his own material under the name of Contrafact, and has lent his jazz stylings, steeped in the sounds of Dexter Gordon, to various other recording projects by performers such as VBND, the University of Toronto Jazz Orchestra, and Collective Order.

Connor maintains a hectic schedule of performing and teaching, while also regularly undertaking session work with local artists and online collaborations with musicians from across the country. Check him out as he hits the stage across western Canada with such groups as Sammy Lee & the Folks, Randy Woods Band, and JJ White & the Release, along with many others.