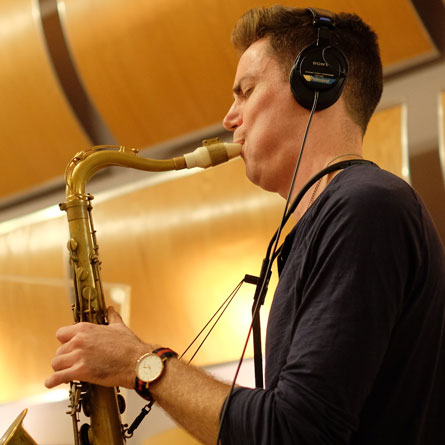 The Syos mouthpieces are hands down my favorite mouthpieces I’ve ever played. I was able to spend time with the company to dial in the baffle and intonation of the mouthpieces to best fit my horn and my sound. No longer will I have to go through the painful process of trying countless mouthpieces to find the right fit. And to know that I’m playing a 3D-printed mouthpiece from the future is a welcome perk! Thank you, Syos!

Daniel Weidlein is a saxophonist/keyboardist, producer, and composer living in Los Angeles, CA and originally from Boulder, CO. With a background in jazz, Daniel has performed and recorded across a wide variety of genres and musical landscapes. Daniel has produced and written recordings for his own bands, The Daniel Weidlein Quintet, The Vintage Modernists, and (In)Body, and has composed/produced/engineered recordings for artists like Luke Edgemon, Blake McGrath, Bob Mintzer, Eliel Lazo, Ryan Amador, Katie Ohh, and Clive Aden. Daniel has performed with the likes of Frank Wess and Joshua Redman, reached the Billboard Top 50 Jazz Chart with his composition “An Ounce of Hope,” and was a featured on-screen performer in the Academy Award-winning movie “Whiplash.” Additional appearances include NBC’s The Sing Off, Fox’s Glee, CBS’s Late, Late Show, and NBC’s Access Hollywood. Find out more on his website.