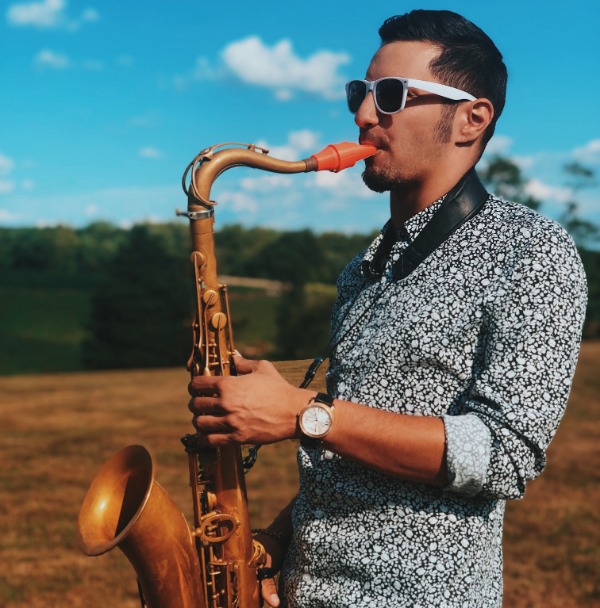 I think most saxophone players would agree that developing your own personal sound is a never-ending journey. Personally, it's really tough to play to the best of my ability if I'm not 100% comfortable with my sound. The consistency and precision Syos provides has given me a new hope as I continue to hone in on my sound. I'm proud to join the Syos family!

Saxophonist, educator, and composer Elijah Jamal Balbed is one of the premiere Jazz Artists in Washington, DC. He has been named Best Tenor Saxophonist (2017) and Best New Jazz Musician (2012) by the Washington City Paper, and has since had several features including Capital Bop, Smithsonian Magazine, OnTap Magazine, and most recently The Washington Post.

An alumnus of the legendary Jazz program at Howard University, Elijah has established himself as a versatile musician, playing various different styles and with many different bands. His performance credits include Mike Phillips, Lalah Hathaway, Eric Benet, Fantasia, Johnathan Butler, Raheem DeVaughn, George Duke (RIP), Dr. John (RIP), and many others.

In 2013, Elijah was accepted into the highly competitive Betty Carter's Jazz Ahead Program at The John F Kennedy Center under the direction of Jason Moran. In 2014, Elijah was named a Strathmore Artist-in-Residence, and was also a resident musician at the now defunct Bohemian Caverns. In the recent years, Elijah has begun to establish himself as an international artist having performed in Japan, the United Kingdom, Qatar, and becoming a house band member on the Capital Jazz Cruise, taking him to Costa Rica, Panama, Mexico, and Jamaica. In 2018, Elijah and his band were selected to tour Russia as cultural ambassadors on behalf of the U.S. State Department. They will be returning to Russia this year for a second tour.

In addition to Jazz, Elijah has a deep love for DC’s indigenous music “Go-Go,” and won a WAMMIE Award for the Best Go-Go Song in 2019. Elijah was fortunate to perform with The Godfather of Go-Go Chuck Brown from 2011 until Mr. Brown’s passing in 2012. Now Elijah leads The JoGo Project - a Jazz / Go-Go fusion band dedicated to promoting and preserving the legacy of DC’s unique art form.