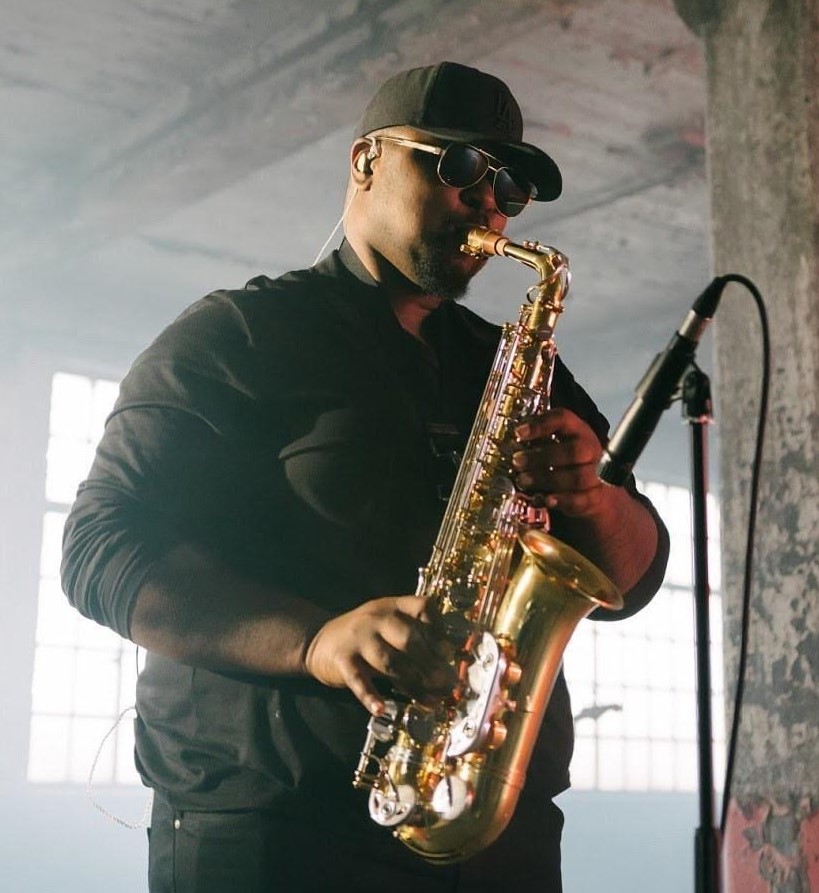 Ever since I’ve officially joined the SYOS family and got the chance to play with their mouthpiece, the sound of my saxophone has experienced a significant development thanks to the SYOS mouthpiece. I’ve been utterly amazed by how it makes it very simple for me to play. Absolutely nice and easy. When coming out, my sound is crisp, yet warm and round which makes me fall in love with my tone once again. Regardless of the horn I choose, with the SYOS mouthpiece it always sounds spectacular.

Emmanuel Osei-Asamoah (also known as EOA) was born into music; his mother was a Gospel artist in Ghana who ministered across Europe and Africa. He is an inspirational trailblazer who engages culture and as a gifted Saxophonist and Music Producer, he incorporates several genres into his sound (both musical and non-musical), finding fulfilment in pursuing Music to advance the Kingdom of God and empower the People.

Emmanuel relocated to London from his home in Hamburg to pursue his passion for Music where he studied BSc Hons Music and Film Composition at Kingston University. ‘’Love what you do and do what you love’’ is a principle that he has always lived by and has also been his fuel in bringing the presence of God down through his Ministry as a Saxophonist.

Over the past years Emmanuel has consistently worked with chart topping artists, creating heartfelt performances Europe wide. He appeared on BBC Mercury Prize awards 2019 where he played alongside Dave. He has also played and ministered with gospel artists such as Sonnie Badu, Nii Addo, Francis Amo and many more. Emmanuel released his first single ‘Greatest’ in January 2020 and has an endorsement with Syos.

Emmanuel has worked with various artist with double Platinum, Gold and Silver Singles, directors and producers such as J Hus, NSG, Jae5, iOcheffin and Kojo Samuel. He has featured on two number 1 albums; Dave - Psychodrama and J Hus - Big Conspiracy.

He aspires to continue the path of utilising his divine gift to reach out to the nation and ignite joy and peace in their hearts by the sound of his Saxophone.