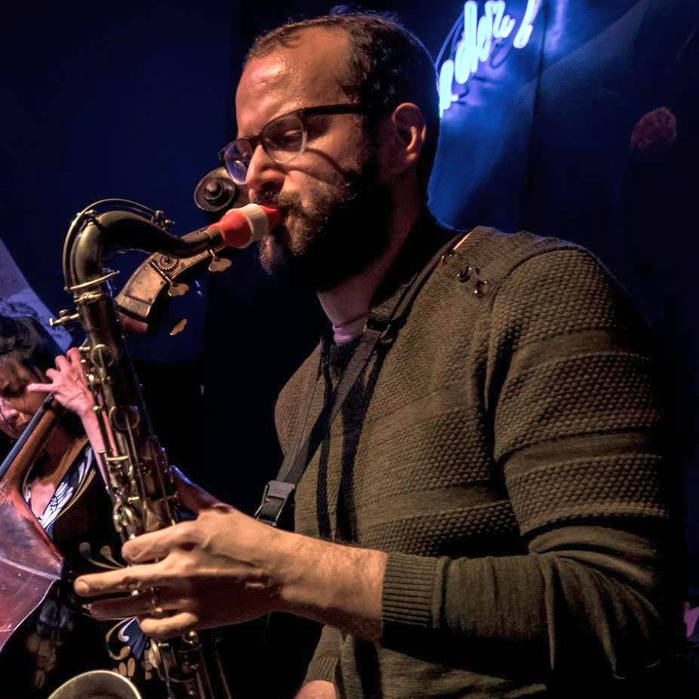 As a saxophone player that also has a background in acoustic engineering, I believe that Syos offers a great match of sustainability (they only 3D-print pieces on demand), competences (great acoustic design, but also the ability of listening to saxophone players and interpreting their subjective feedback) and robustness (if you accidentally drop your mouthpiece, you might break it, but you will know in advance that won’t have to spend a lifetime to find another one with the same response). When it comes to searching for a new setup, I try to make myself at least as comfortable as with the old one in terms of ease of blow, feel in my mouth and sound power. My new Syos mouthpiece owns all these qualities, together with an outstanding fullness and homogeneity across the registers.

Born in 1982, Francesco has been active on the Italian scene since his early twenties, before relocating to Copenhagen, Denmark in 2009. As a member of Italian artist collective / record label El Gallo Rojo (2005-2017) and then ILK (since 2013), he has appeared in over forty albums and toured with the likes of Zeno De Rossi, Stefano Battaglia, Enrico Rava, Greg Cohen, Francesco Diodati, Evan Parker, Gianluca Petrella, Maria Faust, Danilo Gallo, Jim Black. As a passionate and multifaceted wind instrumentalist and composer, Francesco pursues sound from all sides: he holds a degree in electrical engineering and is active in the field of electroacoustics and interaction design.