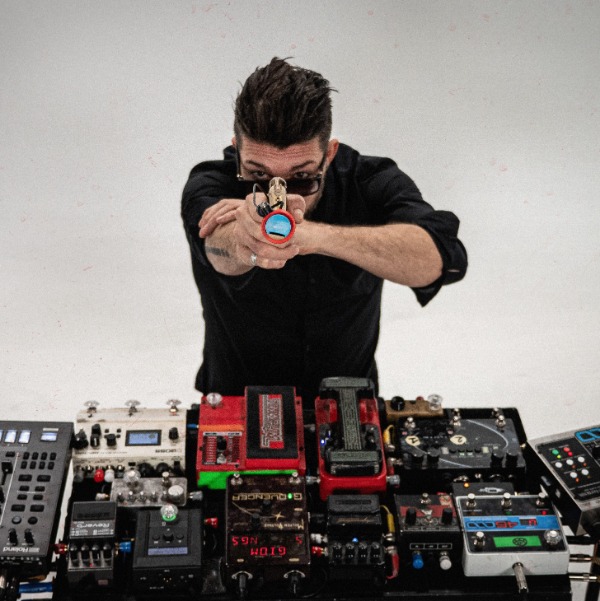 Syos mouthpieces! The future! Despite the many proposals I received I have not changed mouthpiece since 2001, now I discover a world of possibilities through their acoustic tricks and their 3D printing system that allows to customize the material. Customize is my life!

Guillaume Perret is a sound explorer. He sculpts the sound of his saxophone with pedals and electrified effects in order to bring his notes to a surprising and unclassifiable universe, distorting the sounds to make them strangely musical and beckoning us to dream. His music does not belong to a genre, it appeals to our senses... a hybrid music, disturbing, bewitching, evocative of images and sensations.

An outstanding saxophonist, outstanding composer, talented arranger, John Zorn describes him as a a "nuclear powerhouse of emotions" and releases Guillaume's 1st album on his label, Tzadik. (Guillaume Perret & the Electric Epic, 2012). The album makes a groundbreaking entrance into the world of jazz and is nominated for the Victoires du Jazz.

In 2013 he released Doors EP followed by the creation of his own label Kakoum records, leading to the release of Open me in 2014, also unanimously praised by the press. Elected "Talent Jazz Adami", this project does about a hundred concerts every year in France and abroad.

In 2016, the release of his solo album Free is a major bombshell for music lovers. Alone with his loopers, he managed to reproduce the sounds of an entire orchestra.

In addition to his own productions, he is asked to compose and write scores for ballets. (Kaori Ito and Ballets C de la B, Carolyn Carlson) and soundtracks for films (16 levers de Soleil, Thomas Pesquet l'étoffe d'un héros, Lord of the Oceans, short films), as well as the credits for Frédéric Taddeï's Interdit d'interdire TV show on RT France.

For his latest album A Certain Trip released in 2020, he brings back the quartet formula. In order to extend the possibilities of his instrument, Guillaume has customized and electrified his sax, incorporating microphones, mixers and LED lights reacting to the sound.