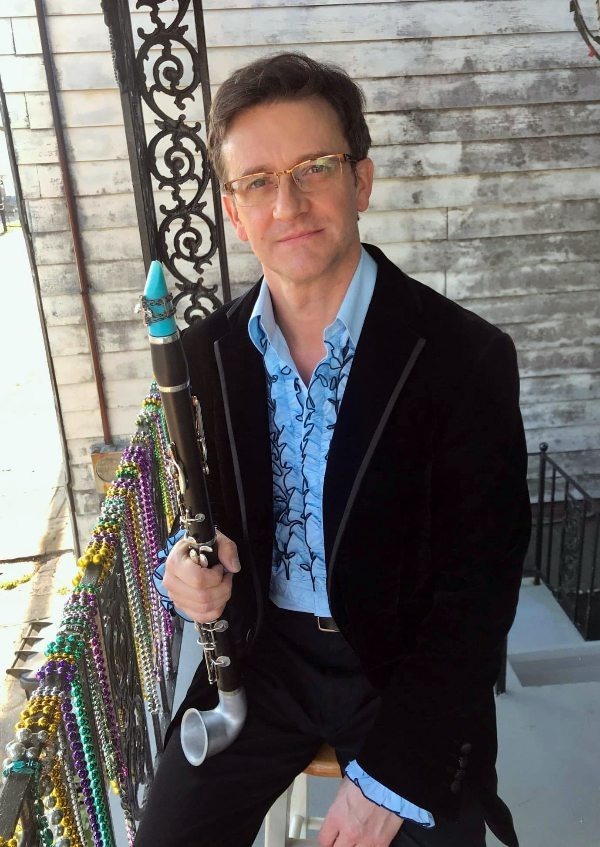 This is the perfect mouthpiece for jazz and session work. Capable of producing a big gritty jazz sound, and a crystal clear classical sound. And amazing projection! But without any of the usual associated pitch problems. Thank you!

Born in North Wales, James Evans took up the piano at age 6, clarinet at age 12, and sax at 16. James attended the jazz course at Leeds College of Music. While still at university he started touring Europe with Phil Mason's New Orleans All Stars. James moved to London in 1998 where he worked with numerous jazz and R&B bands, touring widely and playing in all of London’s most famous venues from The Royal Albert Hall to Ronnie Scott’s. He leads four jazz groups of his own, featuring his original compositions.

James moved to New Orleans in 2013 to pursue his lifelong love of the city and its music. Since his arrival he has played regularly with many local luminaries, is highly sought-after for recordings, and has joined the world’s oldest jazz band -the Original Tuxedo Jazz Band.