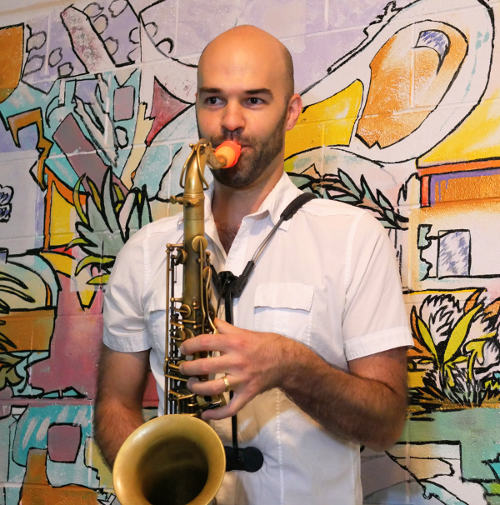 Syos have done something brilliant. They have codified a process that can usher saxophonists towards realizing the sound they desire. For me, the result has been nothing short of relief and profound gratitude. I now have a mouthpiece that meets all of my tonal needs and desires without requiring unnecessary effort. It’s a beautiful (orange) thing!

Jason James Moore is an American saxophonist, composer and educator. He performs and records with Grammy Nominated soul/r&b group, King Garbage as well as his own projects MPH, expansion.control, and Mutual Feels. Jason began playing saxophone at age eleven and has been studying since.

He went on to graduate from Louisiana State University where he studied classical saxophone with Dr. Griffin Campbell, and later the University of New Orleans where he studied Jazz with Ed Petersen, Brian Seeger and Victor Atkins III. Following his graduate studies, Jason moved to the beautiful mountains of Asheville, NC where he now resides.

In 2018, Jason launched an online saxophone education platform and published the first of a series books with his mentor, Matt Otto.