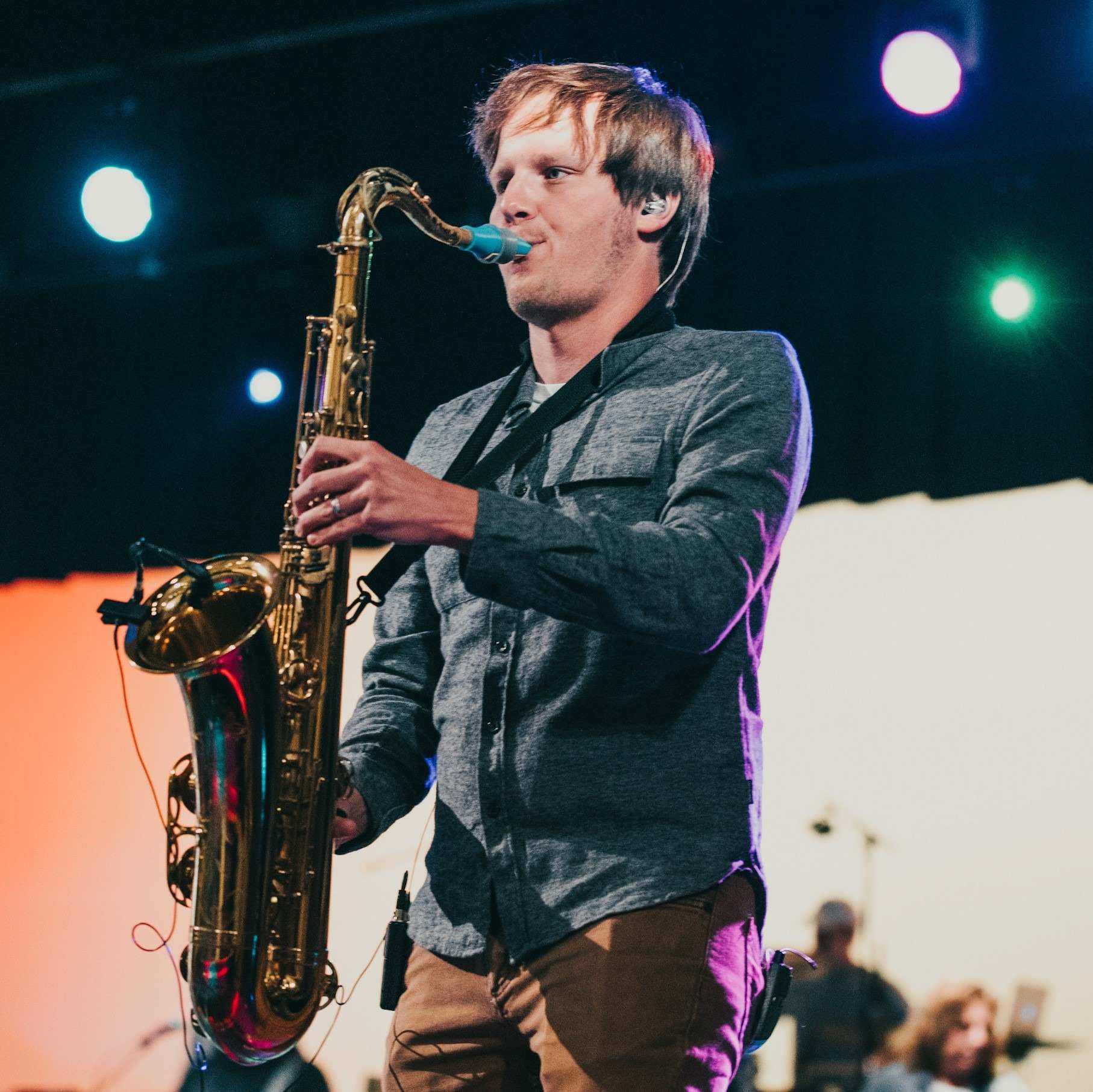 I love the power and the flexibility of my Syos mouthpiece. I finally can get the sound that I've been looking for all these years, while easily having the ability to match the volume of my band mates on other amplified instruments.

Currently based out of Western Pennsylvania, Joe Scheller is a professional music educator and musician known for his versatility on a variety of instruments in live performances and recordings. Primarily a tenor and baritone saxophonist, Joe has performed in the past with numerous music groups since 2009 such as the Riverside Jazz Ensemble, and the New World Trio of PGH.

He is a member of the worship team at Grace Life Church in Monroeville, Pennsylvania, where he plays saxophone and electric bass. Joe also composes original music on the acoustic guitar, which can be streamed on all music platforms.

As an educator, Joe has taught music at various different schools across Pennsylvania since 2009. He currently teaches at The Falk School at The University of Pittsburgh where he is the director of three instrumental ensembles and teaches private lessons.

Presently, Joe plays saxophone for the Derek Woods Band, which performs regionally around the Pittsburgh, PA area. The Derek Woods Band has also had the privilege of sharing the stage with Jefferson Starship, the Allman Betts Band, and Melvin Seals & JGB.

The band has also performed at the 50th Anniversary of Woodstock Music Festival in Bethel, NY. They are currently nominated for an award with the Hollywood Music in Media Awards under the Americana/Folk/Acoustic category for their song "Unforgiving Tree". This song is off of their 2019 Album “The Question” which is available on all streaming platforms. Music from this album has been featured regionally on 102.5 WDVE, 91.3 WYEP, and Rocky 104.9