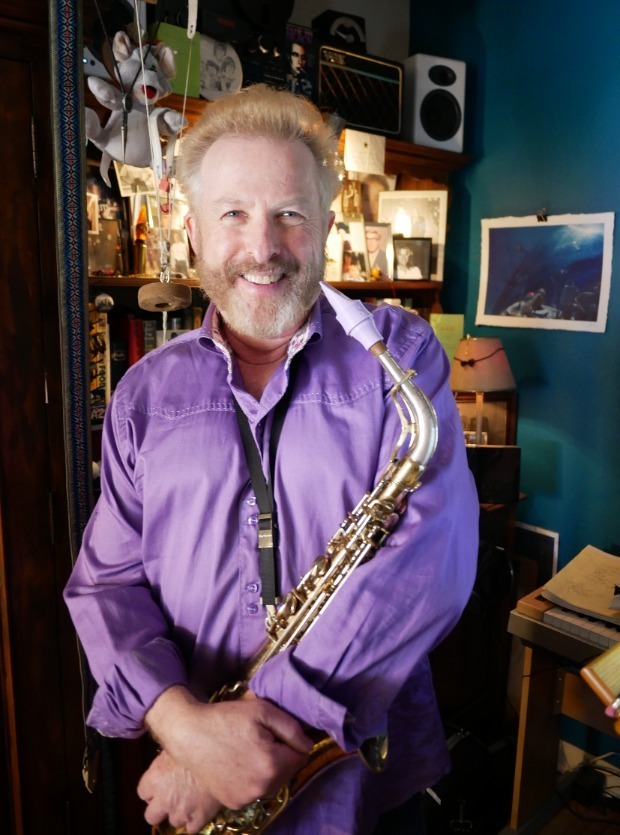 For exquisite playing response and the richness of its tone, SYOS mouthpieces are the Future... because there is no substitute for quality and having a mouth piece built just for me and my sound! With so many colors, and I mean the colors of sound I am able to achieve, both of my mouthpieces have a full upper and lower harmonic balance. My SYOS and I seamlessly glide through the registers.

Justin, a Trailblazer of the Modern West Coast Free-Jazz Sound, has a unique edge, the vibe is instantly seductive and familiar, he is known in West Coast Jazz circles as "The Blizzard". because of his explosive playing and intricate compositional changes.

With a harmonic edge deeply rooted in the jazz lineage, musical expressions stand out as distinctly modern in color and style

A Saxophonist, composer, producer, and vocalist Justin Chart likes to play by his own rules. He’s a visionary who has learned to listen to inner voice. Steeped in tradition and grounded in the lessons learned from Life, Justin is not afraid to push himself and his art forward. A true Renaissance man reaffirms this credo on his 5th album as a leader and an Innovator. His band's current release COLORSTORM is in the ITunes top 10 releases of 2020.

His commanding presence, on stage and off, reflects his musical ingenuity and skill. With an outstanding pedigree, both professionally and academically, Justin is a saxophonist to watch, as evidenced by many of today’s biggest names in music relying on his wide musical reach.

With a wealth of awards, accomplishments and accolades behind him in fields spanning the music industry and a host of genres, Justin Chart, a consummate performer, composer, and producer, continues to venture where his talents & Intuition take him.

It is not easy to create music that effectively unites the powerful charge of unbridled energy with the tender emotions of the heart and soul, but Justin Chart is a unique artist with a rare talent for making magical music.

A native of Los Angeles, Justin is in love with his native city… and has proven it with, to date, six versions of Los Angeles the Song. It’s an upbeat love song to his city… one that resonates with many who view his videos on all platforms of social media… with well over 11 Million viewers on You Tube Justin Chart has written the Anthem for Los Angeles.