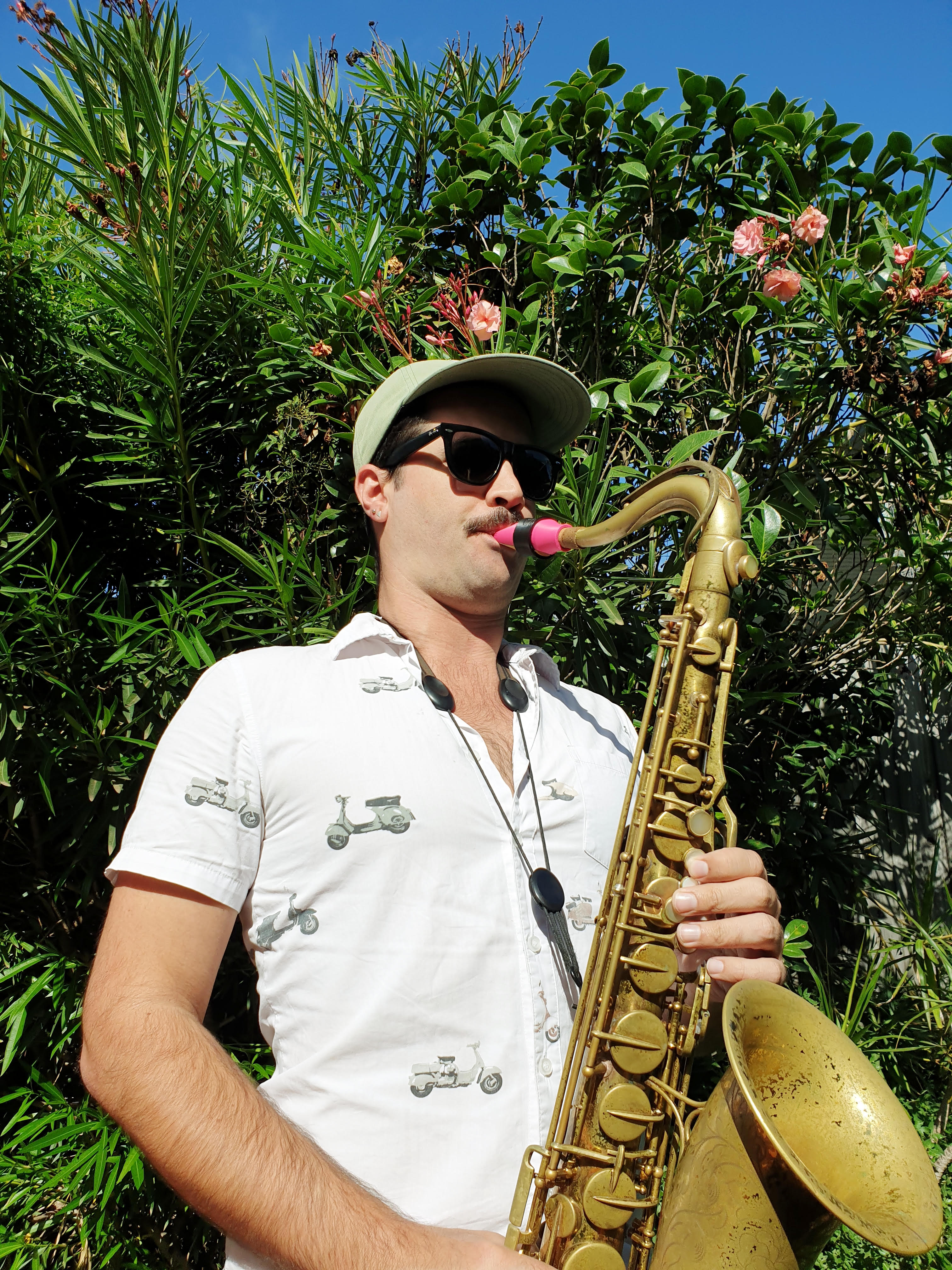 As soon as my SYOS mouthpiece arrived it felt immediately comfortable. Plays perfectly in every register with an even free blowing sound. Sub-tone is rich and smooth and you can really give it some when the band gets rocking! I love it!

Justin Fermino is a saxophonist, clarinetist and vocalist who lives in Melbourne, Australia. He began playing music at the age of twelve. After completing a Diploma of Jazz Performance whilst still in high school, he then moved to Sydney and completed a Bachelor of Music (Jazz Performance) in 2010. Currently thirty-one years of age Justin has enjoyed performing in Australia and internationally at venues and festivals such as London Southbank Centre, Sydney Festival, Sydney Opera House, Wangaratta Festival of Jazz and WOMADelaide. He has also toured in Japan, China, United Kingdom, Ireland, Italy and Germany.

Fermino is an active composer and has written more than one hundred compositions. These compositions vary in size from single instruments up to a seventeen piece jazz orchestra. As a bandleader he currently has seven ensembles under his direction. Justin’s first album was recorded in 2010 and since then has recorded and released nineteen albums under the names of various projects.

Justin served as artistic director for the Jazzgroove Association. A two-year tenure began in November 2012. Jazzgroove is an artist run, not for profit organisation that promotes improvised jazz based music. As artistic director his role was to curate approximately one hundred performances each year as well as program an annual four-day festival. This was a huge honour and a highly rewarding way to support the creative music community of Sydney and Australia.