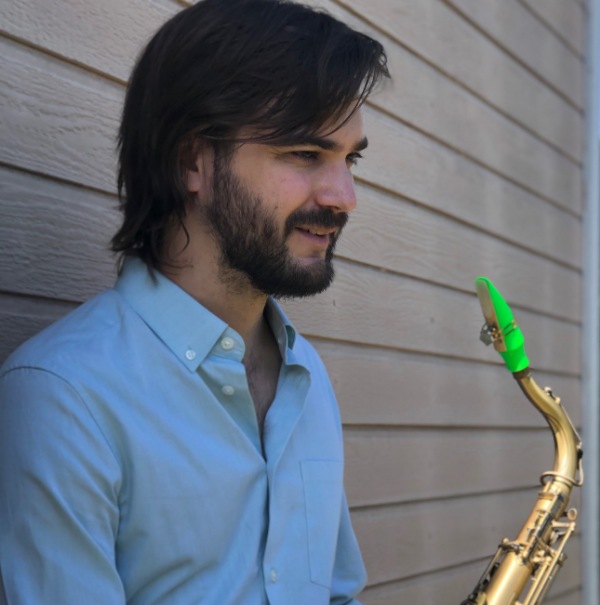 My SYOS mouthpiece has the exact combination of sounds that I could ask for; a warm, deep and velvety sound, that is perfectly balanced throughout all registers, while giving me great projection and that punch and edginess when needed... It is truly amazing to have a mouthpiece that fits perfectly with your style and that can mold to your own playing. Thank you SYOS for making these gems and allowing me to be part of the family!!

From a very early age he developed a passion for music as a result of being constantly surrounded by Jazz and Classical music. At 16 he picked up the tenor saxophone which would become his signature instrument. This lead him to study Jazz Composition, Performance and Orchestration on an achievement based Scholarship, at the acclaimed Berklee College of Music.

During his time in LA he has worked alongside some of the most talented in the entertainment business; performing, arranging and producing music in several film productions for acclaimed film composers Christopher Young, Thomas Chase Jones and Federico Jusid, among others. His latest film and TV credits include Detroit (2017), Ola de Crimenes (2018), and most recently, High Seas (2019) for Netflix. Lorenzo continues to expand his career as an artist, sharing the stage and touring with world renowned artist such as Alex Acuña, Nestor Torres, Otmaro Ruiz, Oscar Stagnaro, salsa legends Gilberto Santa Rosa and Luis Enrique, Mexican pop star Cristian Castro and Persian legends Googoosh and Martik, among others.

While in Los Angeles, Lorenzo has fulfilled a lifetime dream, and alongside Peruvian saxophonist Anibal Seminario, he is now the co-founder and director of The Afro Peruvian Jazz Orchestra; a 22- piece Big Band that blends Afro Peruvian rhythms and culture with traditional Big Band music style. Together they have performed at the Jazz Education Network (JEN Conference) in January 2018 and they have been featured clinicians and featured artists throughout LA. They are currently finishing their first album "Tradiciones" and will embark on a tour throughout America.

He has imparted several clinics in major universities across Peru and Los Angeles and constantly teaches Improvisation and Harmony workshops in his native Lima. He is also a published author. His book "Applications of Contemporary Harmony Vol. 1" serves as the base for his online courses and is used as a source for his teaching method of applying Jazz harmony to composition and improvisation in any contemporary style. Lorenzo has also founded "Saxophone Corner", an online music store with accessible virtual books about Jazz improvisation and contemporary harmony.