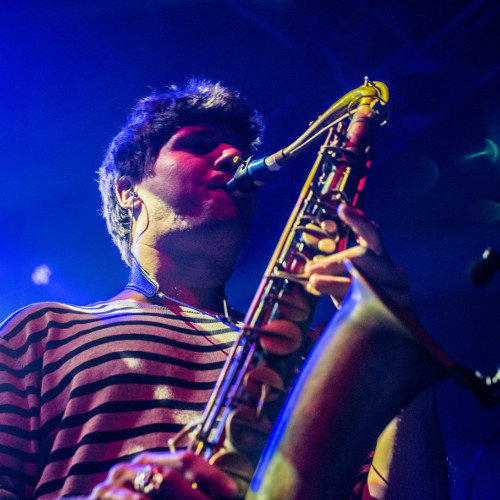 I love my Syos piece. It’s kind of scary how accurate and precise this thing is from top to bottom. Who knew 3D printing combined with genius acousticians could create such a beautiful sounding mouthpiece! Well, now I do!

Michael Wilbur is an American multi-instrumentalist born in Brockton, MA, and currently based in Brooklyn, NY. His passion for music drives his existence. While at the New School in New York City, Michael met Wenzl McGowen and James Muschler, and the three of them would go on to form the band Moon Hooch. They started playing together on the streets and subway platforms before eventually growing into a worldwide dance music success. When not on the road, Michael spends his days writing, practicing, and giving music lessons.

In addition to three LPs released as part of Moon Hooch (“Moon Hooch”, “This Is Cave Music” and most recently “Life on Other Planets”), Michael also has several solo albums available online exploring a variety of genres. Because he sees no barriers in music, often his creations blur the lines of style designation.

Michael is also a proud vegan and an avid supporter of creating a positive and sustainable society. Along with the rest of the members of Moon Hooch, Michael has performed songs and spoken at TEDx conferences in Atlanta and Vancouver.