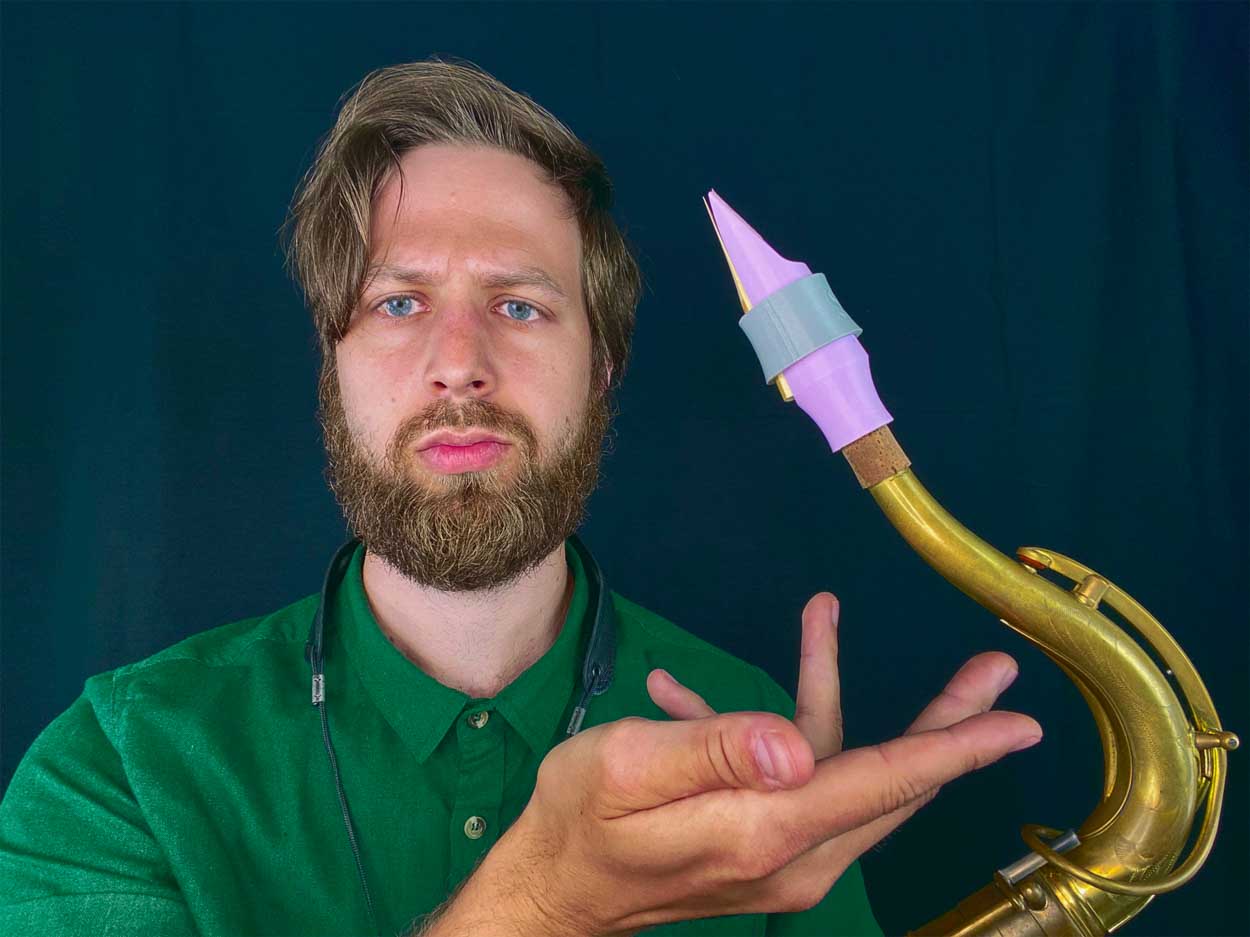 “SYOS mouthpieces are super fun to play! I ordered a purple one after a tour last year and immediately fell in love with the effortless playability. I was looking for an easy-blowing, chill piece for a specific live setting and ended up getting something that works perfectly for recording too! The intonation, tone color are all perfect in every register, it sounds amazing!”

Milwaukee native Nelson Devereaux started playing alto saxophone at 8 years old, studying with Berkeley Fudge at the Wisconsin Conservatory of Music. When he was 18, he moved to Minneapolis, Minnesota and studied saxophone with Eugene Rousseau at the University of Minnesota- Twin Cities.

Upon finishing his degrees in Music Education and Saxophone Performance, Nelson began touring with Har Mar Superstar and recording, arranging, and touring with the indie-rock band Bon Iver.

Nelson has since played some of the biggest venues and music festivals in the world: Coachella (’17-’18), The Hollywood Bowl, Primavera Barcelona (’15,’16), Hammerstein Ballroom, Copley Symphony Hall, Merriweather Post Pavilion and more.

In 2019, Nelson joined and toured the US and Europe with Craig Finn (The Hold Steady) and the Uptown Controllers, playing Clarinet, Tenor Saxophone and Flute and supporting vocals.

An avid recording artist, Nelson has since completed recording work with bands such as Polica, Lizzo, The Mild High Club, Culture Abuse, Suko Pyramid, Max Devereaux, Klassik and many more!

Nelson’s latest releases, “BAD WATER” and “2” (with CATSAX) are available on Bandcamp and on other streaming platforms. He is left handed.