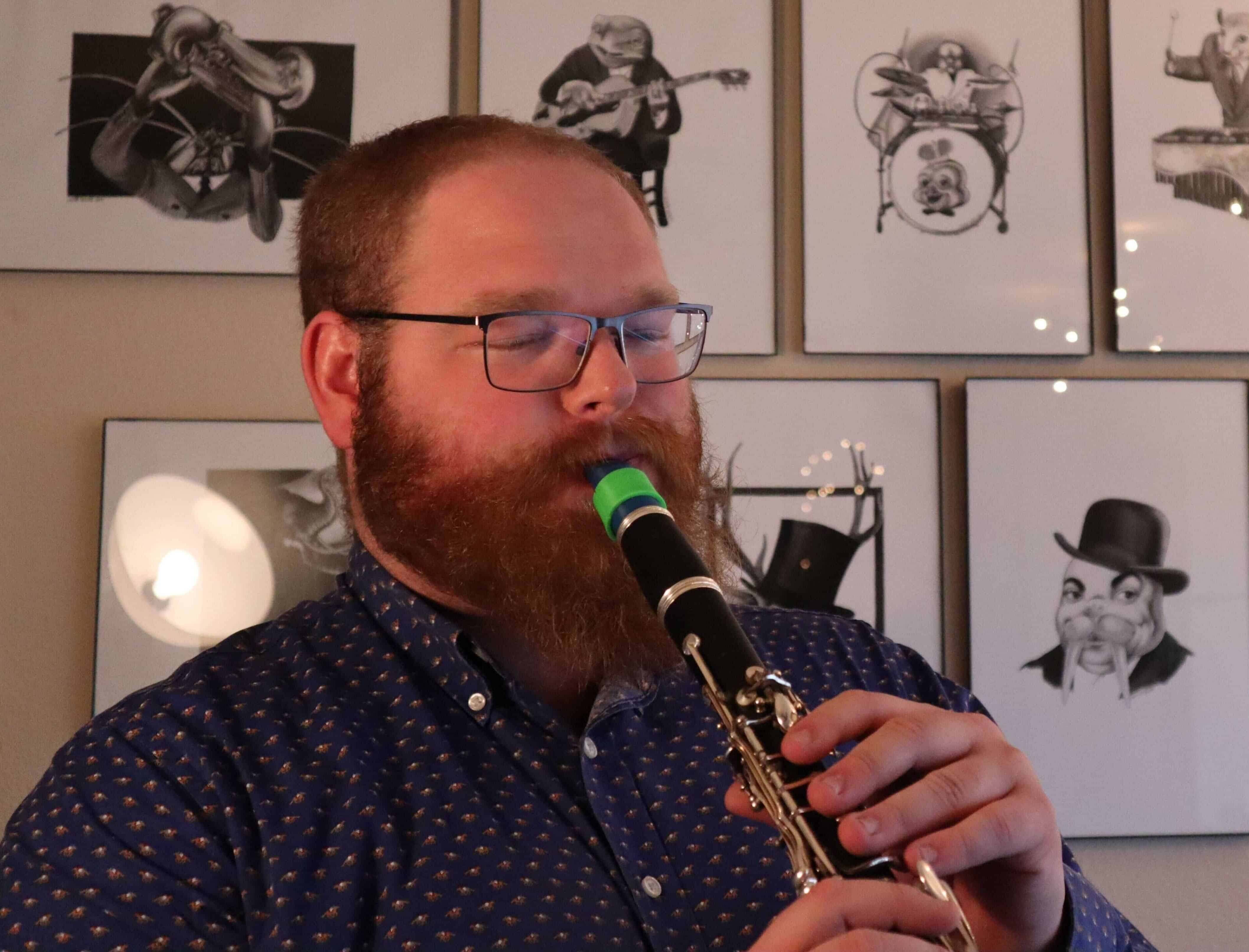 My SYOS mouthpiece seems to make everything about playing the instrument easier. I've never had more fun playing my horn!

Nick Brown is a San Antonio based multi-instrumentalist who specializes in early jazz, performing as a member of the Dirty River Dixie Band and Dirty River Orchestra. At a young age, Brown was exposed to multiple styles and forms of music and developed a love for improvisation. After pursuing classical training for the bulk of his career, Brown pivoted back to jazz upon moving to Central Texas. Since then, Brown has attained the position of Music Director of the Grand Ol' Christmas Show and Grand Ol' Productions. Brown has also had the opportunity to perform with the North American Tour of Phantom of the Opera, Selmer's Arch, Doc Watkins and a number of other groups in the Central Texas region.