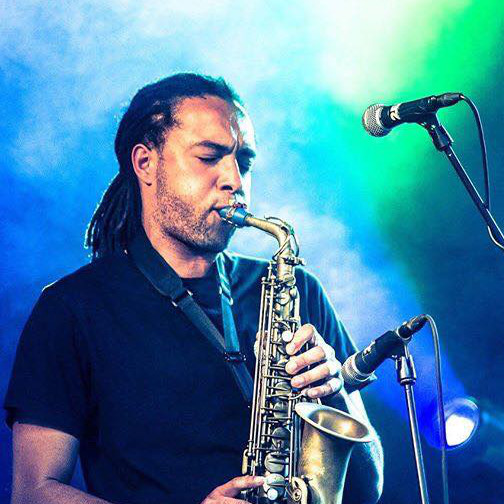 In my work as a saxophonist, i require a mouthpiece that gives me both precise tuning within horn sections and also a unique presence and colour as a soloist. I was immediately struck by the level of presence and projection to my sound when trying my SYOS mouthpiece. In the past, I have often had to compromise technicality for sound. This has not been the case with my SYOS mouthpiece which has given me a new sense of versatility allowing me to have more control throughout the range of the horn. Through their use of cutting-edge technology and innovative design, I have finally found a bespoke mouthpiece that reflects my personality and style of playing which is every saxophonist's dream. A massive thank you to Pauline, Maxime and the rest of the team!

Nick is most know for his work with 10 piece Afro-Jazz outfit ‘Nubiyan Twist’. From releasing their debut album in 2015 the band have played across the UK and Europe including France, Germany, Croatia, Belgium, Switzerland, Holland, Denmark and Italy. In 2016 the band was awarded the ‘PRS Momentum Award’ and are currently writing their second studio album set for release in the autumn of 2018.

In 2017 Nick won a scholarship to enroll and train as a Music Therapist at the prestigious Guildhall School of Music and Drama in London where he has continued to develop his clinical skills alongside his career as a performer.