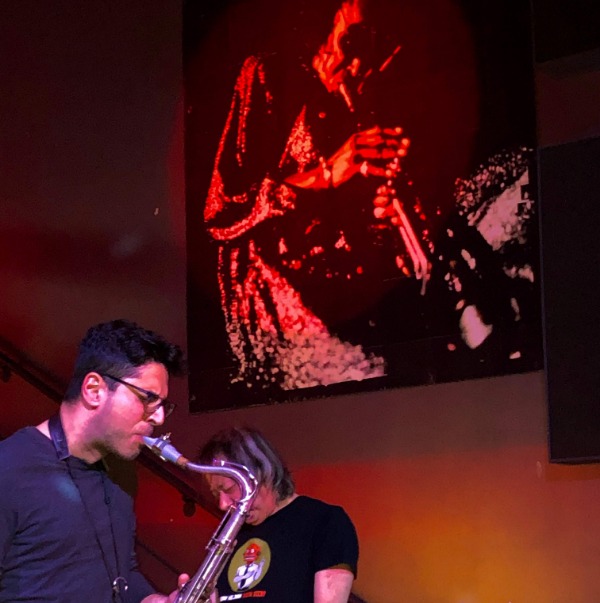 My SYOS mouthpiece gives me the ability and freedom to express myself on another level. Highlights are : fantastic intonation, great warmth and clarity, easy and accurate altissimo and incredible sound versatility. The best part is that it enables me to switch between styles and navigate through different sound concepts more easily than ever! Thank You SYOS!!

Since moving to New York in 1997, Israel-born tenor saxophonist, composer and educator Ofer Assaf has performed with a veritable who’s who of the jazz world and beyond.

While in Israel Assaf attended the Thelma Yellin High School of the Arts, dividing his time between his two passions: music and dance. After his decisive big move to New York City, he immediately entered The New School University's jazz program.

While pursuing his degree he would go on to study with two of his idols, tenor saxophonist Billy Harper (Randy Weston, Art Blakey, etc.) and Reggie Workman (John Coltrane, Art Blakey).

Upon graduation in 2002, a career highlight was performing with legendary jazz icons Wayne Shorter and Herbie Hancock at Carnegie Hall as part of the JVC Jazz Festival.

Assaf’s music has been internationally recognized:

-He won the Israeli National Competition in Jazz and Contemporary Music for young musicians (1991);

-He was recipient of scholarships and awards from the Eubie Blake National Jazz Institute (1999-2001) and the America-Israel Cultural Foundation (1998-1992).

-With the Bernie Worrell Orchestra he was awarded “Best Funk/Fusion/Jam Song of the Year” at the 12th annual Independent Music Awards (2013).