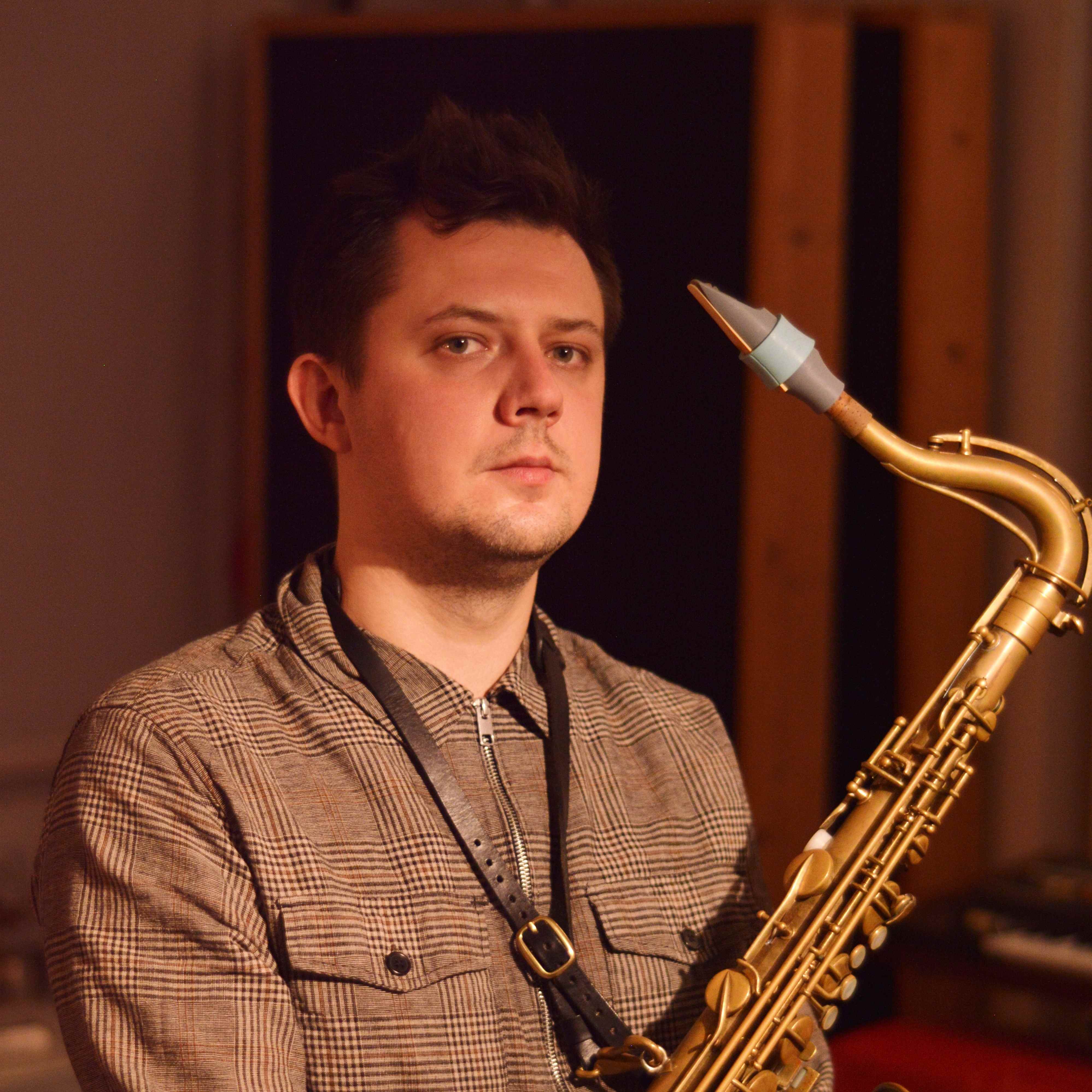 I was a bit skeptical before I tried Syos for the first time but these mouthpieces have absolutely blown my mind by how comfortable they are and their sound quality. My custom Syos mouthpiece gives me freedom to go at any direction at any time... It’s super “safe” to play altissimo and I can easily dig fat, big sound in all registers. My Syos mouthpiece allows me to put as much air as I want to and there is no limitation as I experienced with a lot of other mouthpieces before... The Syos specialists will build the mouthpiece of your dreams.

Copenhagen-based Polish/Ukrainian jazz saxophonist Oleksandr Kolosii was born in Donetsk, Ukraine into a family of professional musicians. He began playing classical piano at the age of 6, and at age 12 he picked up the saxophone and found his lifelong passion for jazz music.

His style of playing pays tribute to legendary bebop and hard bop players like Charlie Parker, Dexter Gordon, Sonny Stitt, and John Coltrane. Currently he combines this with a continuous inspiration from a wide array of active jazz musicians on the scene today. Oleksandr moved to Denmark in 2017 to further his career and join the Scandinavian jazz scene. The same year he started at The Danish National Academy of Music where he is currently studying with some of the leading musicians of the Danish jazz scene like Claus Waidtløw and Anders Mogensen to name a few.

The fusion of world rhythms, classical music and straight-up jazz makes his music recognisable on the European jazz scene.

Oleksandr is currently working on his debut album which will release in December 2020.