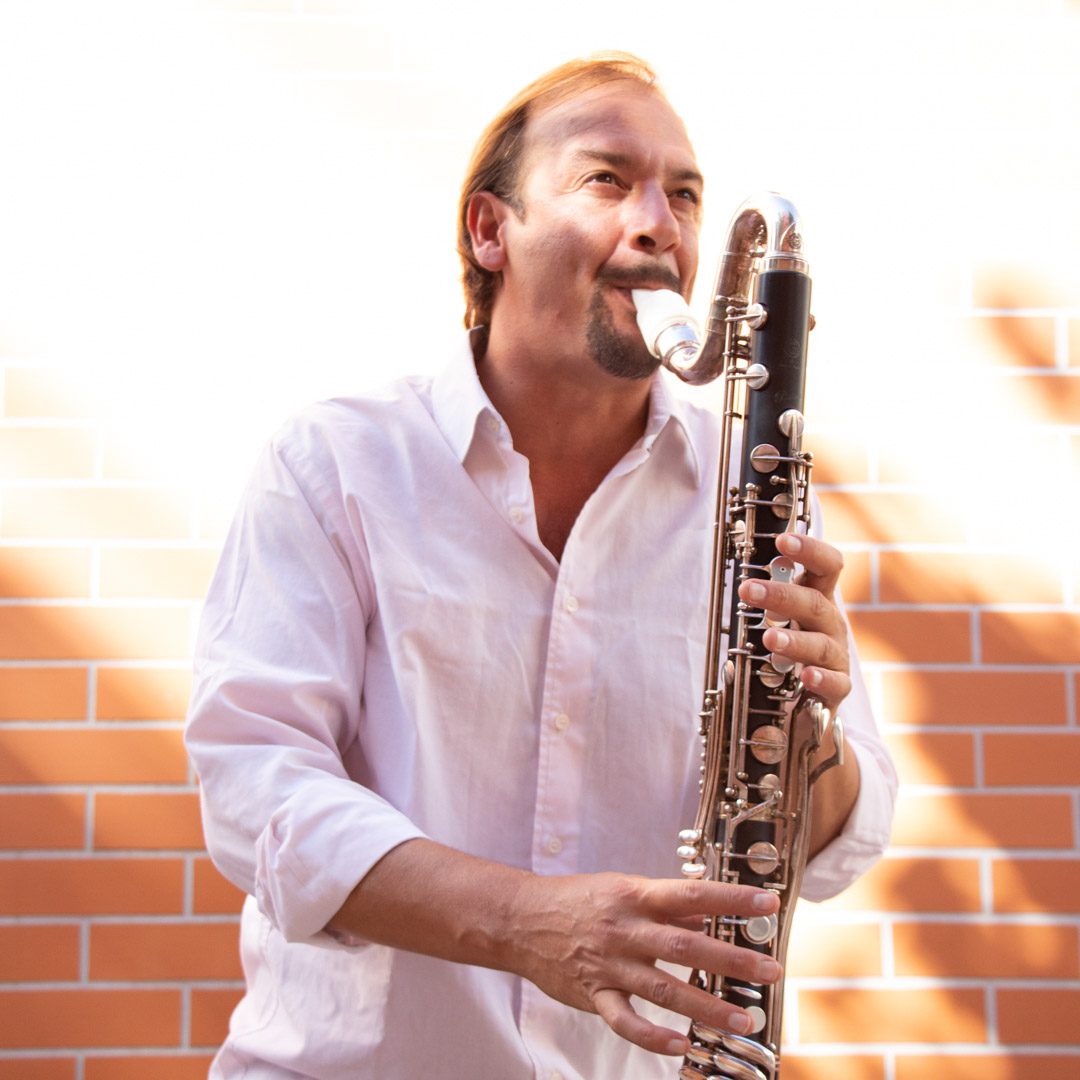 My mouthpiece fits different situations thanks to its sound qualities. It is elegant and soft. The research for this bass clarinet accessory favors amplitude and thickness of sound while respecting precision. I advise and recommend the excellent work of SYOS which confirms to be at the forefront of innovation with 3D printing while transmitting an ancient and precious tradition.

Raul Colosimo was born in 1976. He has been living in Paris since 1991. He is originally from Calabria (Italy). Producer, composer, multi-instrumentalist.

He composes the original music for the 52' documentary on police violence by Matteo Moeschler, "My Adult Wound" and "Abissu" by the same director, a short film made with the G.R.E.C. in competition in several festivals. He is working on tuning to 432Hz according to the Fibonacci theorem in sounds. He works "Canone Inverso" and the polyphonic writing in mirror.

He collaborates with the photographer Valérie Jouve for the Xippas exhibition and the filmmaker Paola Salerno for the film " Il matrimonio ", shown at the festival du Cinéma du Réel, presented at the Centre Georges Pompidou. He participates in productions and concerts of the group LA FEMME, participates in the realization of the album "Mystère" and the music for the Yves Saint Laurent fashion show of 2015.

In 2007, begins the experience "Voice Link", a duet with the singer Merle-Anne Jorge from which is born a record under the label Storie di Note and about 150 concerts (the auditorium in Venice, the casa della musica in Rome, museums, Radio RAI, Red Ronnie, il RoxyBar ...), radio and television. He has received the favorites of Selmer, Vandoren, RKK and the Comedy Club. He composed the anthem for the Presidential Elections EELV and Eva Joly in 2012.

He started playing bass clarinet at the age of 20. Listening to and discovering Michel Portal was for him a revelation and a real love at first sight. The bass clarinet would become his staple instrument.