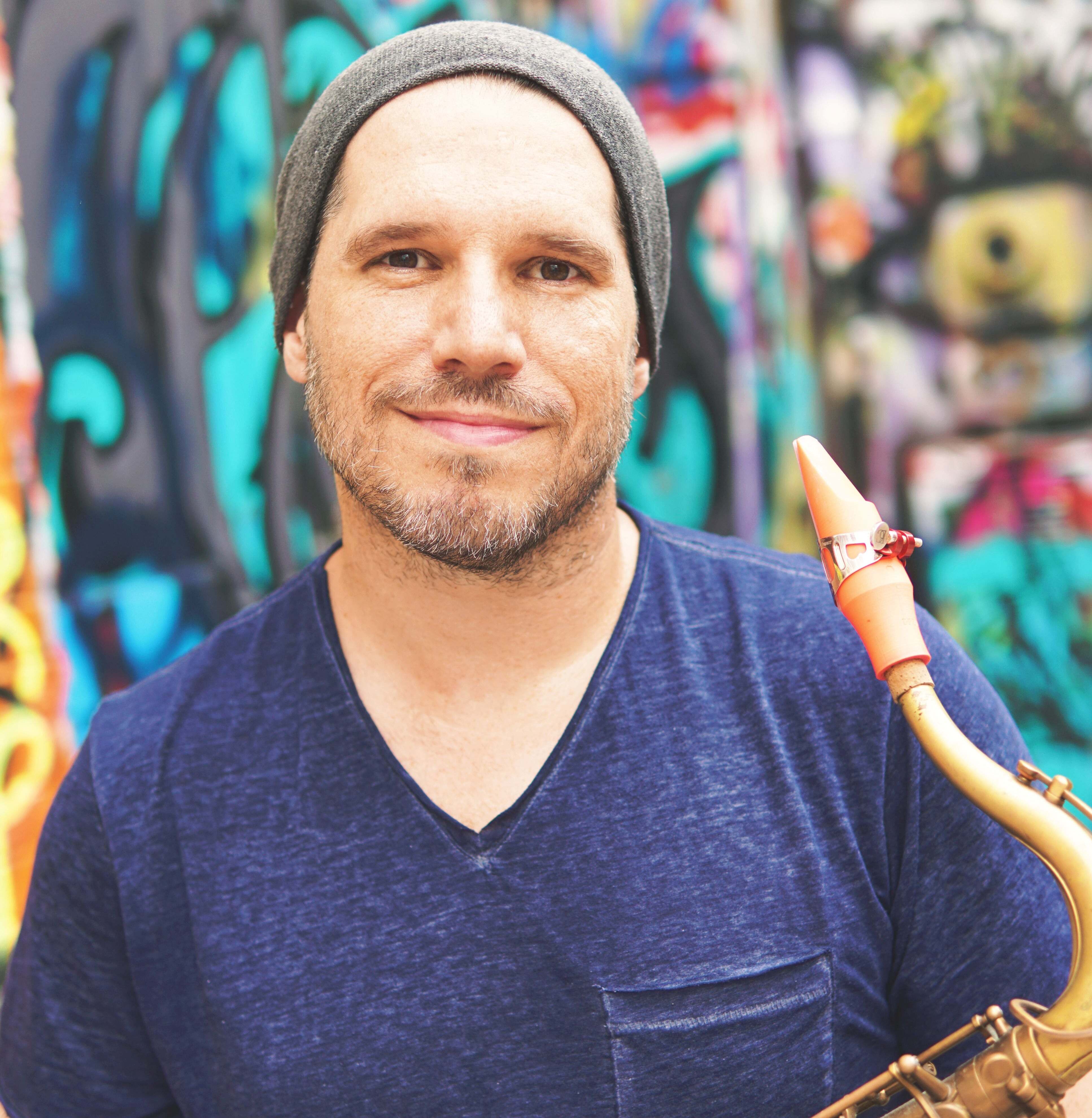 I told the people at Syos that I was looking for a tenor mouthpiece with a big sound that could cut. In addition to the sound, I explained a problem that I have always had on tenor which is a stuffy sounding middle Eb & D. The difference between Syos and other mouthpiece makers is they are not one size fits all. They listen to what you want and then can tweak what you really like to make it perfect. I now play a Syos tenor mouthpiece with a really big sound that cuts, and I no longer have a stuffy middle Eb or D.

With a fresh new perspective on contemporary music, Scott Paddock has redefined the role of the modern saxophone player. His soulful combination of jazz and funk create an explosion of high energy grooves that will make you fall in love with the saxophone all over again.

Scott is currently performing with Italian pop legend, Eros Ramazzotti, as the featured saxophone player for the Vita Ce N’e World Tour in over 30 countries.

Paddock’s resume covers the musical gamut of performance, often times pushing the perceived limits of the saxophone into uncharted territory. His signature sound could best be described as an aggressively articulated, overtone infused, high energy funk style which is on full display in his two CD releases: Another Day & From Within.

In addition to his performance career, Scott, is also very active as a music educator. He has acquired a long list of students and followers throughout the world who watch & subscribe to his popular YouTube saxophone education channel. He is known for his ability to break down complex musical concepts into very easy to understand step by step explanations that create a clearly defined path to success as a saxophone student. Scott will be launching a subscription based saxophone school in early 2020.

A brief credit list for, Scott, includes performances with: Eros Ramazzotti, Bela’ Fleck, Bootsy Collins, Warren Haynes, Lenny Pickett, Jackson Browne, and the Maryland Symphony; as well as performing as an opening act for Ray Charles, Natalie Cole, and Gladys Knight. Scott is also very active in the recording studio where he has done session work for: The Help, Bones, Disney’s Monsters Inc, Friday Night Lights, Family Feud, Without A Trace, What Not To Wear, Scrubs, as well as projects for Oliver Stone and Rob Zombie.