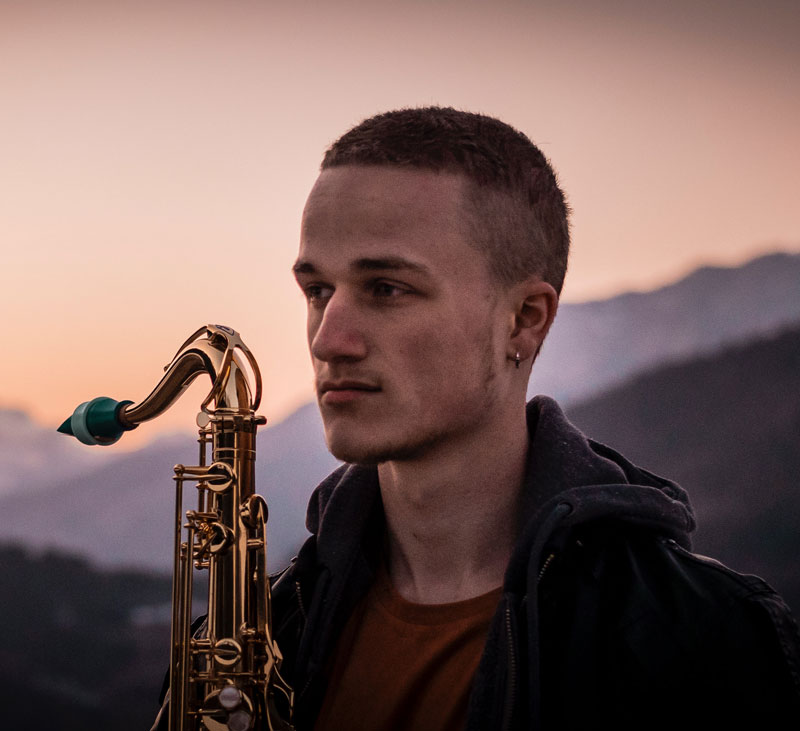 My Syos mouthpiece represents a huge added value. It gives me the possibility to express my own personality at its best thanks to a custom-made mouthpiece. It allies a rich tone with a high flexibility at all acoustic levels from the pianississimo to the fortississimo and grants an incredible ease of playing. Syos team is at the top, they are attentive and efficient. Goooood Job!

Victor Raimondeau is an up and coming French artist. He plays the bass, baritone and alto saxophone. He started playing music at the age of four when his parents decided to sign him up to the small music conservatory of his Paris suburban town. He began playing the saxophone at the age of seven thanks to his dad who gave him one of his precious saxophones.

Over the years he developed a real passion for music and this particular instrument. After middle school he attended an high school specialized in music before integrating the 19th then the 17th Paris district conservatory where two great men chaperoned him: Antoine Larcher and Luigi Grasso. Shortly thereafter he met Guillaume Perret who taught him a new way of apprehending the saxophone which had a big impact on his play style. From this encounter many others followed : Thomas De Pourquery, Pierrick Pédron, Frédéric Gastard, Thomas Faure… Many tutors who proved to be as enriching as they were talented musicians.

In 2016 he was asked twice to replace a musician during studio sessions for the famous band Electro Deluxe. In 2017, he received a scholarship to integrate Berklee College Of Music. He left the school in December 2018 to join the famous band Caravan Palace. In 2020, he decided to focus on his solo career.