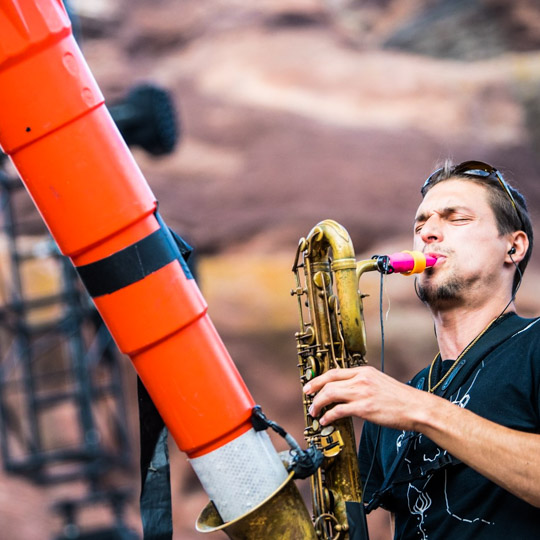 My Syos piece gives me great control over the entire instrument with a full tone and excellent dynamic response!

Wenzl McGowen is an American multi-instrumentalist born in Spain, and currently based in Brooklyn, NY. His passion for music drives his existence. While at The New School in New York City, Wenzl met Michael Wilbur and James Muschler, and the three of them would go on to form the band Moon Hooch. Wenzl spends much of his free time writing music, as well as writing on topics including near-death and out of body experiences, hypnosis, and personal growth.

Wenzl McGowen studied philosophy and music at The New School. He has spoken for TED and TEDx conferences. Wenzl is currently working on a book about digital physics, and has led a number of workshops and discussions on the topic. Wenzl is also deeply committed to a shift in personal and cultural growth towards developing a sustainable society.