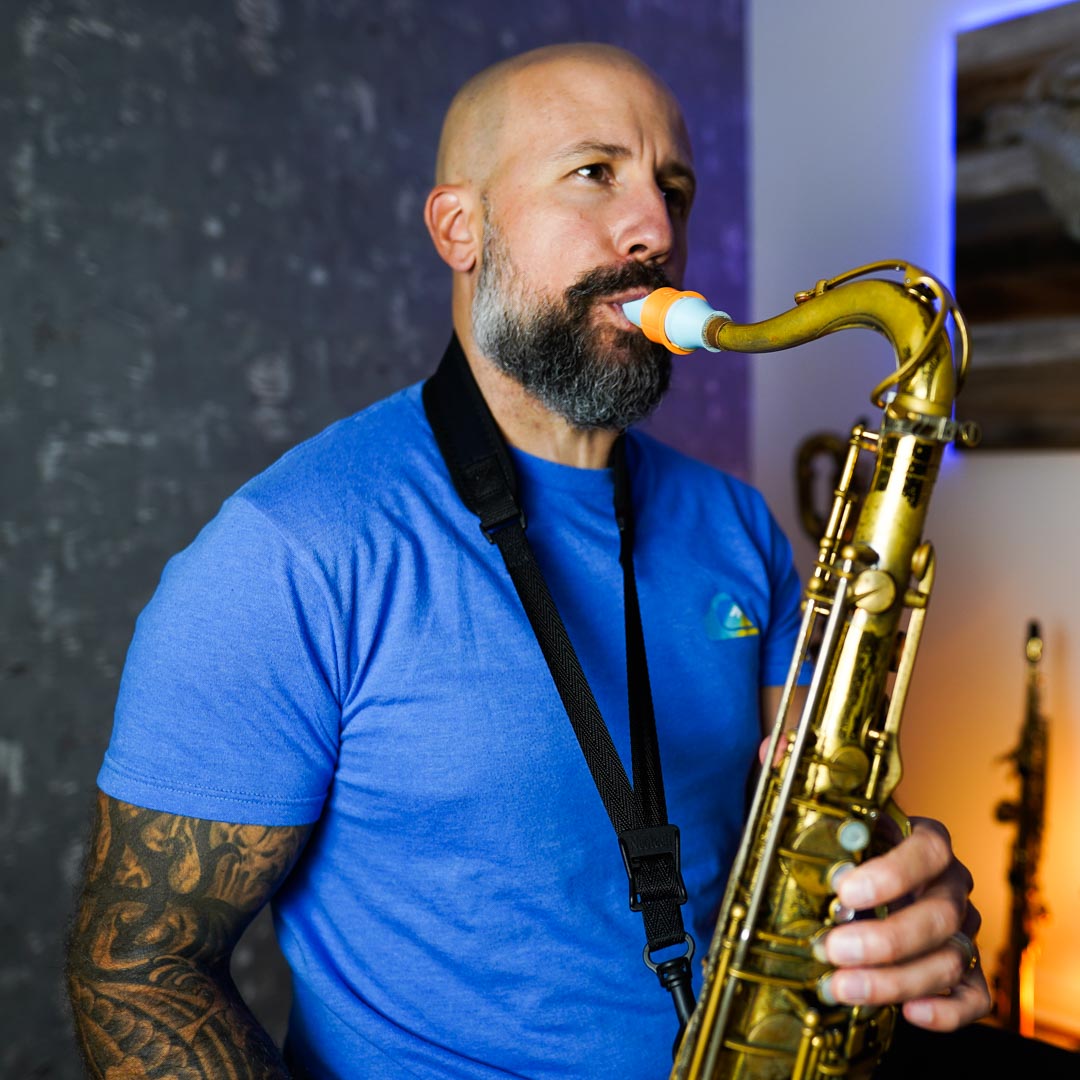 My Syos mouthpiece provides the same tone as my older mouthpiece but is easier to play and the sound is more powerful and wider!

Yanick Coderre, youtuber and instructor of several saxophonists via his website, is an active musician on the Montreal scene. He is contributing to the development of his art through his many projects. A graduate from McGill University in jazz interpretation, this saxophonist with many years of experience has added several instruments to his repertoire, including guitar and flute. A freelance musician (1995 to present), he has collaborated on a number of television projects (Gregory Charles, Belle et Bum, Fête nationale in Quebec City and Montreal). He's also been involved in concerts, casino performances, corporate projects, tributes to Sinatra and Pink Floyd, musicals, and most recently he accompanied Corneille on stage.

Yanick Coderre is one of the founding members of electro-lounge formation Ürbeat, which has been very popular in recent years. His great talent and creativity make Yanick Coderre a renowned saxophonist.