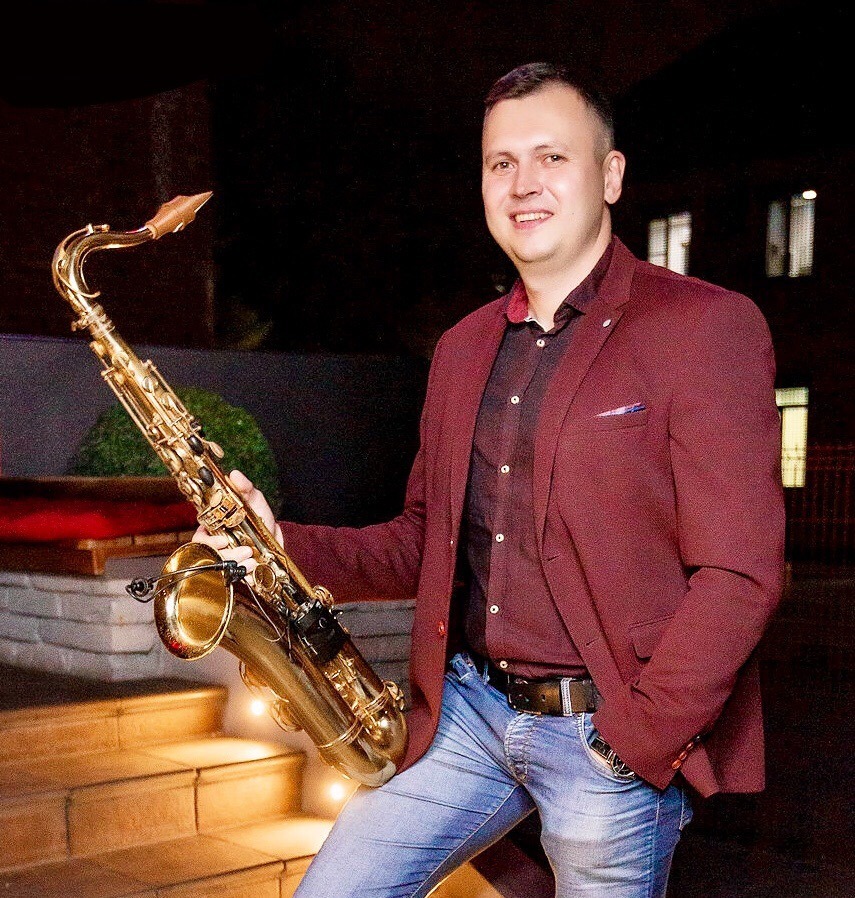 I am happy to play this Syos mouthpiece! Over the years of practice, I have tried many mouthpieces of different manufacturers, but today, playing Syos, I can confidently say that this is the best mouthpiece that I have ever played. Very comfortable to use and great sounding throughout the range. Thanks you Syos for the wonderful mouthpiece!

Laureate of international competitions Yuri Krasilnikov is deservedly considered one of the best saxophonists in Russia.

Born into a family of professional musicians, Yuri began playing the saxophone from the age of 8. After graduating from music school, he entered the Rostov College of Arts and at the same time was immediately admitted to the Rostov Philharmonic Orchestra at the age of 16, which included concerts in Europe. After graduating from the Rostov Conservatory (Academy) named after Rachmaninov, he was engaged in solo projects, participated in many Russian and foreign music projects as a session musician. He collaborated with such musicians as: Seamus Blake, Boris Kozlov, Konrad Herwig, Brik Liam, Karl Frierson, Igor Butman, Robert Anchipolovskiy, Vitally Golovnev, and many others.

He currently teaches at the Krasnodar State University of Culture, and is also a Big Band soloist Georgy Garanyan.