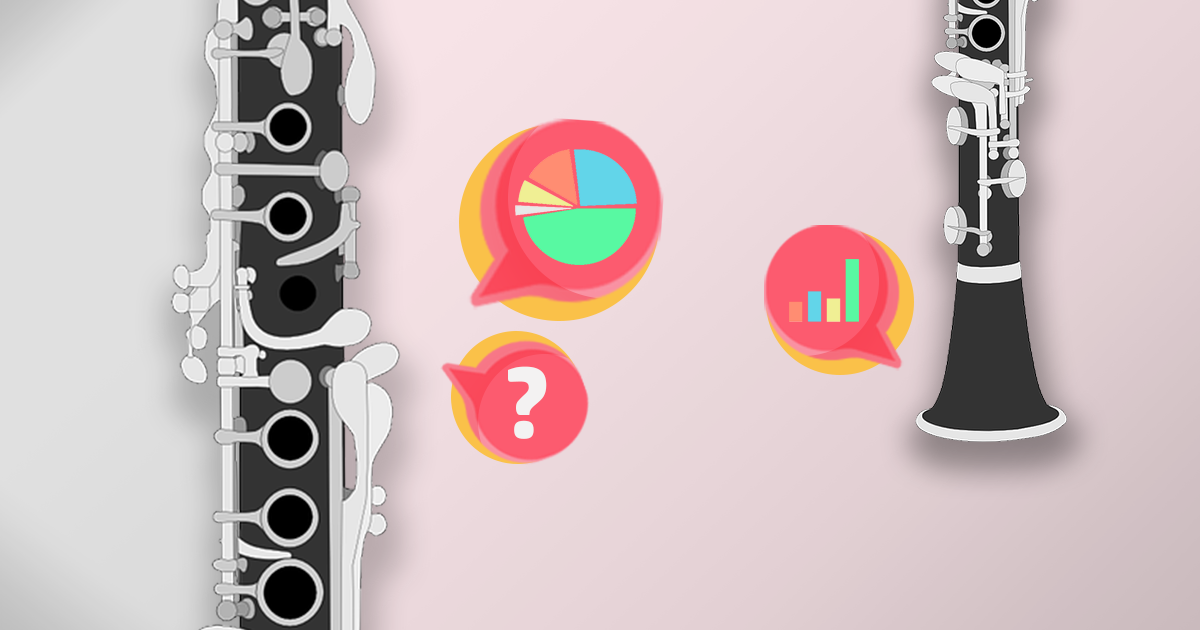 At Syos, we have the vocabulary to describe a saxophone sound pretty much figured out. But does this knowledge truly apply to the clarinet? In order to get to the heart of the matter, we used different methods of psychoacoustics.

You can also read : Psychoacoustics brings some light!

First of all, let's agree on the terms we use to describe what we feel. For this purpose, we use words called descriptors.

Subsequently, the evaluation of the product according to these various descriptors allows us to determine its sensory profile. This is the product's identity card, which is widely used in the food sector in particular.

Proper definition of the descriptors is therefore essential since it will allow for:

In practice, how did this common vocabulary come about?

To find this "lingua franca", the Syos studio recently hosted a significant number of musicians who took part in various tests:

The gathering of descriptors

The participant tries out mouthpieces with different geometries; he is invited to comment on his impressions and thus to issue descriptors. This is a method called free verbalization.

Some 40 clarinetists came to try out mouthpieces in our studio and formulated a total of over 900 adjectives in French and English!

After processing the results, a list of about 15 commonly used adjectives emerges. At the top of the list are, among other things, the following:

Rating on a graded scale

In order to illustrate the different levels for the chosen scales, we carried out a second experiment: we selected 11 extracts between 5 and 10 seconds long from recordings of well-known 20th century clarinetists. They were presented through an online survey and their identity was concealed from the participants. They were asked to rate each extract according to two scales: Brightness and Power. The questionnaire is still available here.

The mean result of the ratings assigned to each extract for these two descriptors is shown in the following graphs:

We can see the artists ranked from the darkest (with the winner being Jimmy Giuffre for his extract from Pickin'em up and layin'em down) to the most brilliant (a title awarded to Giora Feidman for his extract from The Klezmer's Freilach). Both artists happen to find themselves at opposite extremes for the power rating, too.

We also took this opportunity to review the adequacy of the chosen scales: participants were asked to assess the quality of the descriptors at the end of the questionnaire. In the end, 90% of participants considered that the brightness and power rating scales were appropriate and sufficient for the tonal characterization of the clarinet.

Finally, analysis of the ratings awarded highlights a common trend for both scales: when the brightness rating is high, the power rating seems to be high too, and vice versa! This statistical phenomenon is called correlation.

Let's write down all the extracts according to the brightness and power ratings:

Each extract is in fact located around an area on the diagonal of the graph. Brightness and power evolve proportionally: this is called linear correlation.

Careful though, the correlation between two variables is not enough to establish a causal link. There might be a relationship between these two parameters here... or perhaps the sampled extracts only contain examples located within this specific area.

If some artists come to mind who you think are outside of this particular area please do let us know in the comments! For example an artist with a very powerful yet very dark sound or, on the contrary, a very shiny yet very soft sound.

Let's go back to the graphs for the mean ratings: the grey vertical bars represent the standard deviation.

Overall, even though many of you commented on the complexity of the test and the uncertainty of the ratings in some cases, the standard deviation is acceptable for each rating, reflecting a broad consensus in the answers.

With such ratings in terms of brightness and power, one can indeed characterize the extracts in relation to each other. These recordings add to our vocabulary for describing the timbre of the clarinet, and allow us to illustrate it with examples both concrete and consensual. Furthermore, other adjectives were put forward by the participants who completed the questionnaire: focused, smooth, edgy, wide, ..., which are all descriptors that enhance our ability to describe sounds and make communication between musicians more precise!

When choosing the brightness and power levels of your custom mouthpiece, you will now have access to some of these extracts to help you define your ideal sound!

Pull the curtain
Meet one of our mystery artists