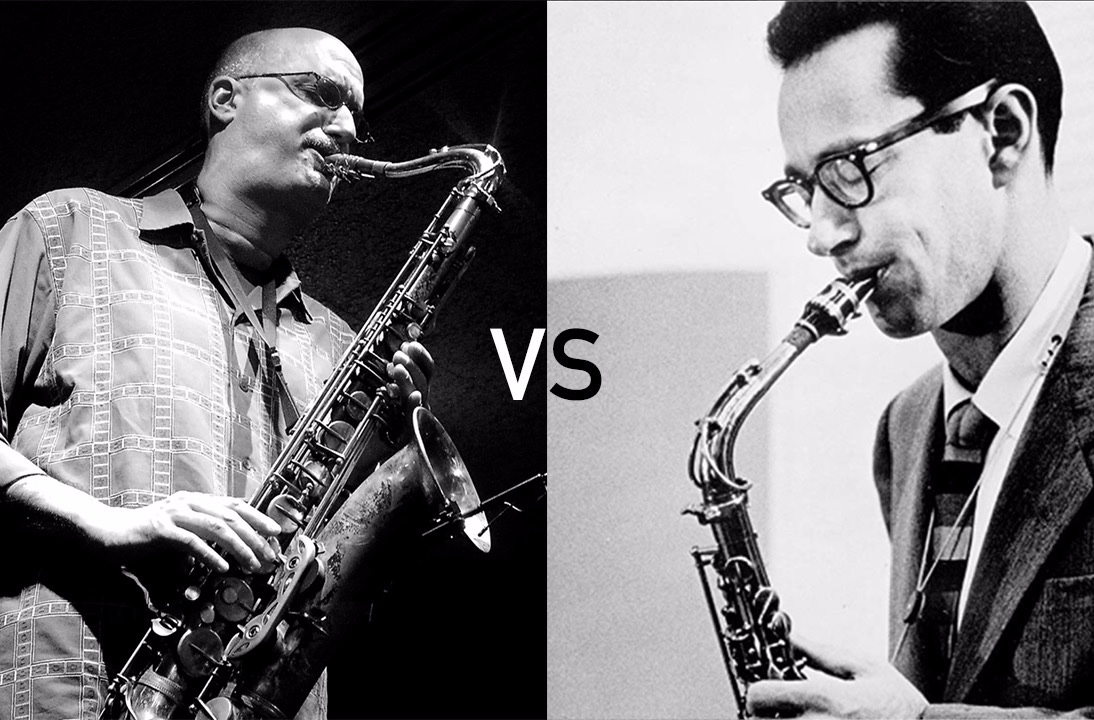 From Desmond to Brecker: the brightness of the saxophone tone

Are you looking for a bright tone or a dark tone? When you try mouthpieces in a music store or when you create yours with Syos, it's one of the first question to answer. But what does that exactly means? Maxime, our psychoacoustics expert, is going to give you some explanations.

What makes it bright?

What really makes the difference between two different player's tones ? And how to describe that with words? This was our biggest question when we created Syos. We did a lot of research on the internet, we did surveys on Facebook and saxophone websites, , and of course we also talked a lot with sax players we met, and did hundreds of sax mouthpiece testing session, writing down all the words used by players.

One characteristic always came in the first place: the brightness of the sound.

Brightness is the first criteria that allows you to say if two sounds with the same height, the same length and the same volume are sounding alike or not.

How to define brightness?

The point here is tricky: how to define a sensation? If I asked you "How would you define brightness?" I bet it would be hard for you to answer with a simple and precise sentence. But no worries! During my PhD study at the IRCAM in Paris, I worked on that topic for more than 3 years.

Describing a hearing sensation is not an easy task. It is like, for example, to define what is red: the simplest answer would be to give a definition with an example, giving examples of objects that would be red and examples that would be another color. This type of definition depends on our feeling and then on our perception of colors. We can call it perceptual definition . However, there might be among you, readers, a scientist who will object that we can also give a physical definition, for example giving the wavelength range associated with the red color.

For brightness, this is exactly the same: sax players would be able to tell David Sanborn has a very bright sound, meanwhile acousticians would talk about sound spectrum and high frequencies.

Then, which definition should we choose?

The two types of definition are valid but they do not say the same thing. On one side, the perceptual definition matches much more with reality as it directly comes from the person who is hearing the sound. On the other side, it is a very subjective definition: a person could say a sound is bright, while another one could say (hearing the very same sound) that it is not bright at all.

This is the case for ambiguous tones, like John Coltrane's. A study I did with more than a hundred sax players shows that 34% of them say it's "Dark" while 66% say it's "Bright" (read the complete study : The mystery of John Coltrane's sound)

Yet the physical definition is unbiased : to any sound, or rather to any sound signal, one can associate a brightness measurement. On the other hand, this value does not have significance on its own: to be pertinent, it has to be representative of what people perceive.

In order to illustrate the variability of perception among people, we did a small experiment: we selected recordings of different famous sax players, and for each of them we chose a 5 to 10 secs extract. We created a quiz where participants were asked to give a note to the extracts on a scale from 1 to 10, about power, brightness and width. We were mostly interested in brightness. The participants did not know the names of the sax players, they only had anonymous recordings to judge. You can find the complete quiz and make the experiment by clicking this link describing the saxophone tone. More than a hundred sax players answered the quizz, let's observe the results:

On this graph, the recordings used for the quiz are classified from the one who got the lowest brightness average note (the winner is Paul Desmond) to the one who got the highest (our champion Michael Brecker). The black line represents the notation average disparity : the bigger it is, the more controversy about the tone. Here, the average disparity stays relatively steady even if Kenny Garrett and Sonny Rollins seem to create slighlty more disagreement.

We did here a kind of brightness scale with the sonor extracts, like an oenologist could do it with wines, or like one could do it with perfumes. Some academic scientific experiments focus on brightness, for example the Stephen Mc Adams' Timbre Space (which is mentionned in this article: how to describe a sound).

Several acoustics and psychoacoustics studies (if you don't know what those words mean, you should definitley read this article : Warm, bright, focused, dark? Psychoacoustics brings some light!) have been done about the physical characterization of brightness, which has been associated with "the quantity of high frequencies we hear in a tone".

There is even a psychoacoustic indicator, the acuity, which represents the sounds brightness. One way to calculate it consists in determining the spectral centroid . It calculates the ratio between the weight of low frequencies and high frequencies in a sound. This measure is mostly used for industrial applications, there is no evidence yet that it could be representative of the saxophone tone brightness.

Does the saxophone mouthpiece can change the brightness?

The mouthpiece is at the interface between the musician and the instrument, yet it is an essential piece in the creation of the sound. Let's keep in mind that the musician is the one that shapes the tone with his will, technique, embouchure (by the way, for the sax players, here are 3 exercices to practice your own sound: long tones, overtones and 5ths/8ves), but the mouthpiecs geometry will enhance some characteristics more than others. Thus on some mouthpieces it will be easier to get bright sounds than on some others. The baffle and the chamber are two parametres especially important to play with the brightness of a mouthpiece.

The baffle: a true game changer
The saxophone mouthpiece chamber