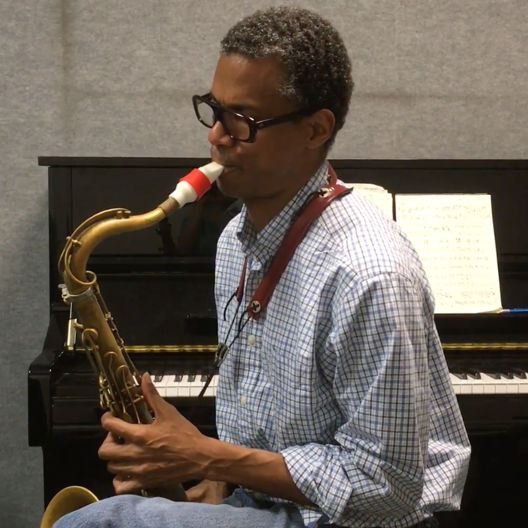 Syos at the conquest of America - Part 2 : End of Boston, Arrival at NYC

My arrival in the US began intensively (go see the first part of my travel if you haven't read it yet) and I can assure you I kept up the same pace.

A day in Virtuosity

On Tuesday the 24th I was in the shop Virtuosity all day, which is just in front of Berklee's main building. A lot of saxophonists (mainly Berklee students) came to test Syos mouthpieces.

I even met one of our customers, Connor, who already owns a great Syos tenor mouthpiece and came to test some of our alto mouthpieces. I was met with only very positive feedback about the mouthpieces, their homogeneity, their ease of playing, etc...

There was even a researcher from Connecticut University who drove an hour and a half to meet me! His name is Robert Howe and he has a wide collection of musical instruments, he collects original Adolphe Sax instruments in particular. For several years, with his colleagues, he has been trying to replicate vintage mouthpieces thanks to 3D printing, so he came for some advice. It's funny because I remember reading an article on his research work when I started Syos. It was a very interesting meeting which will probably lead to future partnership... to be continued!

Then we ended the day in music with the "every tuesday jam" of Virtuosity. Brett, one of the shop's salesmen, even played live the Syos mouthpiece that he had just fallen in love with :)

I had planned to have breakfast on Wednesday with a friend I had met in the Blackbox startup programme in San Francisco. But in the last moment, I found out that our dear Syos artist Jure Pukl was with Mark Turner! I asked him to organize the meeting and, Ladies and Gentlemen, I met the great Mark Turner! He was surprised that the mouthpieces were so easy to play. We talked a lot about materials, metal, hard rubber... and I have to see him again for further mouthpieces testing!

Then I hopped on a bus towards NYC, and spent the evening with Alex, a friend of our ambassador Pascal Mabit. Although he is a huge fan of vintage mouthpieces, he really enjoyed the mouthpieces!

Breakfast in the Park

New York is a city full of parks, and I had a meeting inside one of them, Prospect Park, with Mike Troy. It was a really great session, with a lot of sun, fresh air and trees. Mike had this mysterious cosmic aura that really gets along well with nature, and all the people wandering in the park stopped to listen to his music!

Next step: City College of New York. The 19th century buildings are magnificent. I had an appointment with Lukas Gabric, who teaches saxophone at the Julliard School. He has played on metal mouthpieces his entire life, and he was astonished by the brightness he could have with Syos mouthpieces in ABS. Hear for yourselves:

New York is also the city of Lucky Chops. They are on tour from the 28th of September until the 10th of November, throughout North America. And they have a new drummer in the band, so they spent the whole afternoon in rehearsal. I came few minutes before the end of the session, so I could listen to some great tunes!