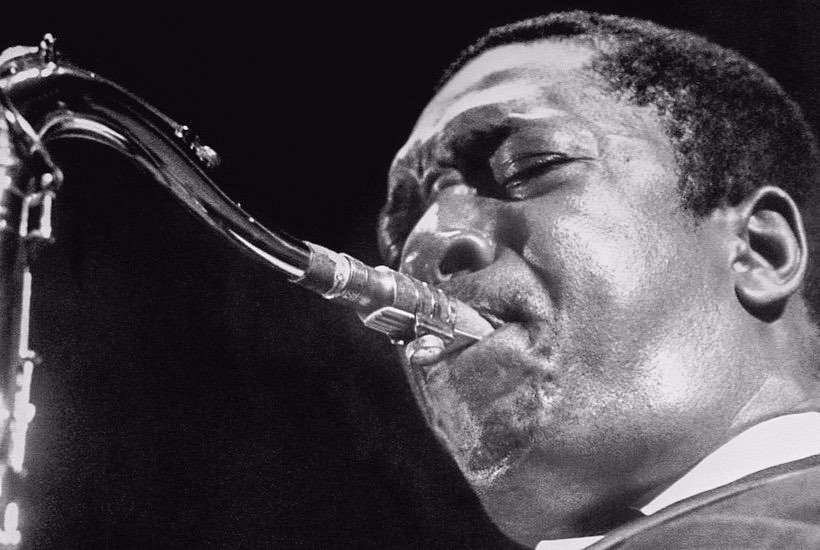 The mystery of John Coltrane’s sound

If there is one well-known jazz saxophonist we can identify between thousands by hearing an unknown recording, it would be John Coltrane. But what makes us say within less than a second “this is him”? What sound clues reach us and make us identify right away the jazz giant? Syos did a survey on the coltranian sound.

The brightness in the middle of the controversy

The brightness is generally the first parameter that defines the tone of a saxophonist. It corresponds to the "quantity of high-frequencies" we hear in the sound. This criterion is commonly understood and shared by the musicians, but if everybody agrees that David Sanborn or Maceo Parker have very bright sounds, as Stan Getz or Paul Desmond have very dark sounds, our dear friend John stimulates an eternal debate. “Of course, Coltrane’s sound is dark" told me some saxophonists, “Bright like Coltrane” told me some others… Not that easy.

With the nice Syeeda’s song Flute in my headphones, I decided to search for information on the web, and particularly in Facebook discussion groups, forums… Coltrane, bright or dark? Hard to find a consensual answer to my question. So, I did a little poll on Facebook with my saxophonist friends:

The result leans towards brightness, but it is far from being a view shared by everybody: 34% dark, 66% bright. So, I ask myself a little and think about a conversation I had the other day with David Liebman, who qualified his sound “Dark, always dark”, and when hearing him play in front of me just after this, I still told myself well, there surely is darker…

The Gridley experiment in 1979

The only scientific study on the question of adjectives describing the tone of well-known musicians was led by American psychologist Mark C. Gridley in 1979. His objective was to study if non-musician listeners (who would not know the tested musicians) would be using the same words to describe the tone of emblematic saxophonists. The author compares the perception of the sounds of Lester Young, Coleman Hawkins, Stan Getz, Paul Gonsalves, Sonny Rollins, John Coltrane, and Wayne Shorter through 3 studies. We will take note that the recording chosen for Coltrane is the famous Pursuance, third track of A Love Supreme.

Of all tested saxophonists, yet it is John Coltrane who mostly gathers the same words to describe his sound! Testers spontaneously use the words: intense, rough, sharp, and cutting. On a second test this time on musicians following a jazz course, the results are also the same: everyone agrees on Coltrane to say his sound is hard, rough, and quite bright. It seems there is a shared feeling that listeners express with the same words. One can see we are in the lexical field of brightness and metallic, but still with a notion of cutting.

Did you say edgy?

Cutting, edgy… after all, these are words we find a lot. While listening to the singing chorus of John on the big quarte chords of McCoy Tyner in Olé, I was thinking about the interpretation of all I saw, read, and heard. What came up the most, was this notion of “Edge”: in English it is like the razor edge. And, after all, if the brightness of the sound is not a thing that everyone agrees on, it is more its width (or its non-width) that is similarly judged. Because this is surely this idea that is hidden between all those words: Coltrane’s sound is typically a focused sound, very thin, very direct, incisive. And I can hear that directly when he triumphantly enters in Resolution, which stays my favorite track of this jazz giant (maybe it reminds me of the Nardis of Bill Evans?).

The answer to the enigma

Then, what makes the sound of Coltrane unique? Well, at least the replay of all my favorite albums made me realize that he is above all marked out by his phrasing, his way of brutally bringing the tension, with his tricky plans… After all, I can recognize my favorite pianists (Kenny Barron, Bill Evans, Cedar Walton) the first time, and not really because of the sound of their piano… But Trane’s sound aesthetics interlocks with all the strokes of genius of his music, with a kind of magic, which takes part in what we often call “trance”, and there the tone plays a crucial role. Come on, I am not going to finish this article without suggesting you my definition of the sound:

The sound of John Coltrane: